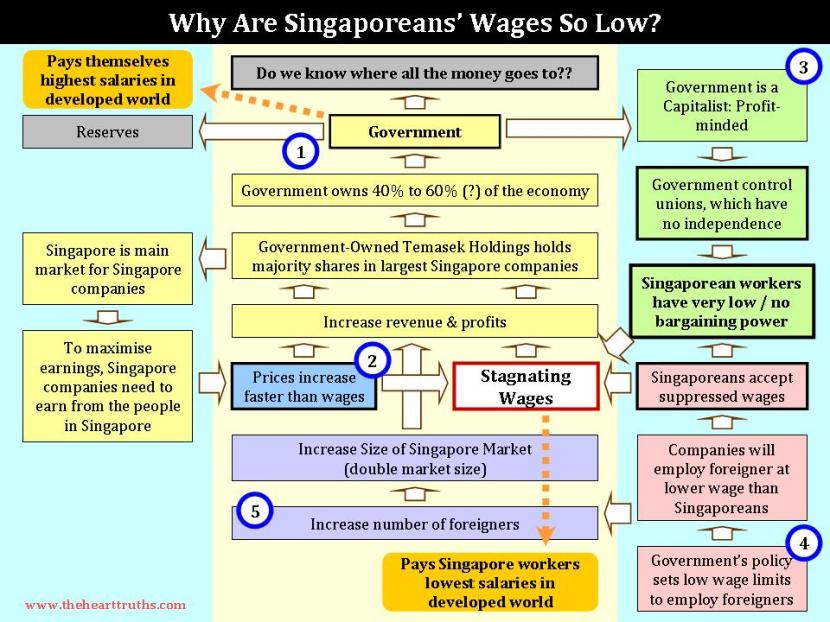 How to read the chart:

Why Are Singaporeans’ Wages So Low?

(1) The Government Owns Some of the Largest Singapore Companies

(3) Singapore Workers Have No Collective Bargaining Power for Their Wages

WHY IS IT OUR GOVERNMENT PAYS THEMSELVES THE HIGHEST SALARIES IN THE DEVELOPED WORLD?

AND WHY IS IT OUR GOVERNMENT PAYS SINGAPORE WORKERS THE LOWEST SALARIES IN THE DEVELOPED WORLD?