The #FreeMyInternet Movement has launched an awareness campaign to raise awareness among Singaporeans on the potential adverse effects that the licensing ruling has on our usage of the Internet.

Parliament will sit on Monday, 8 July 2013, to discuss the licensing ruling. The awareness campaigns hopes to let you know what will be at stake for you and why you should be concerned.

Take a look at the publicity posters that have been unveiled so far below. 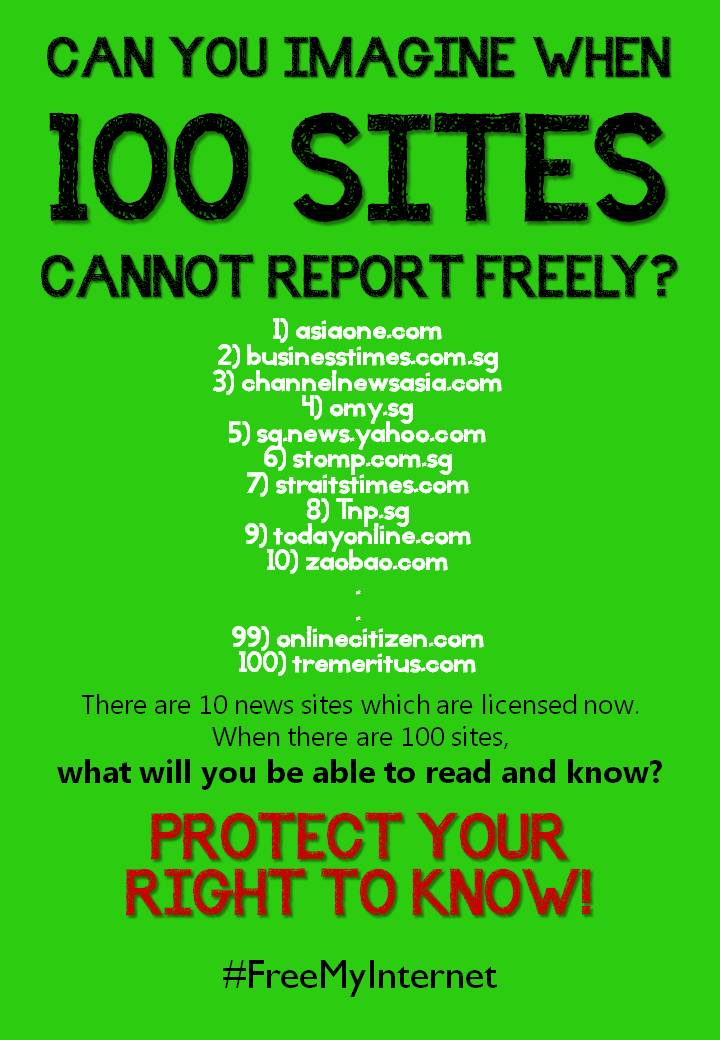 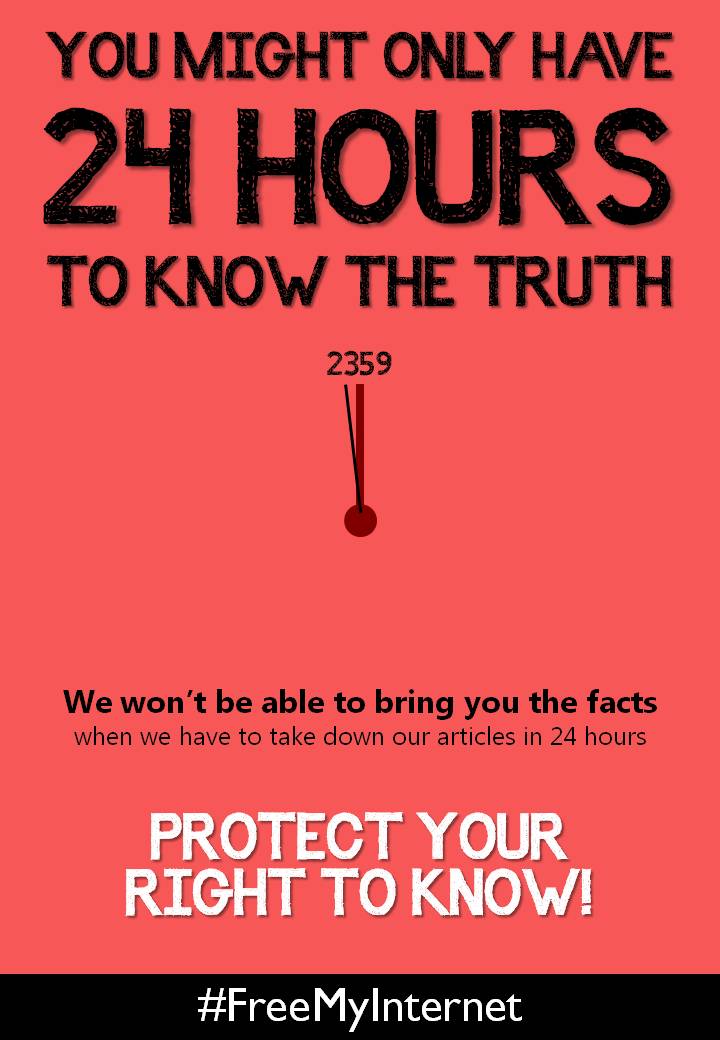 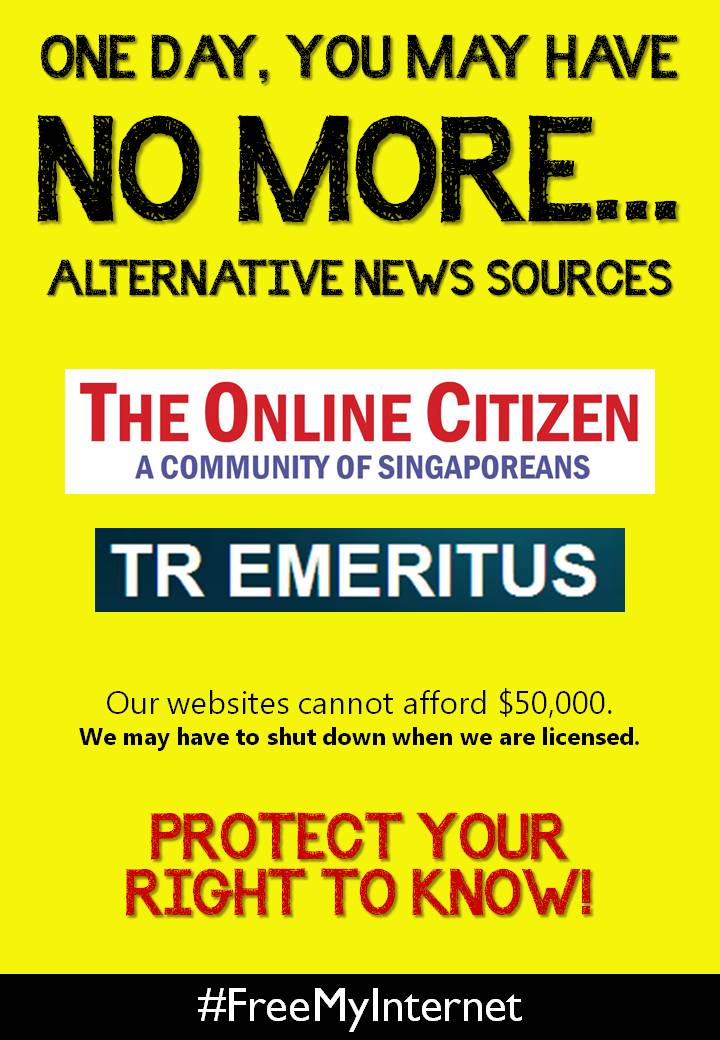 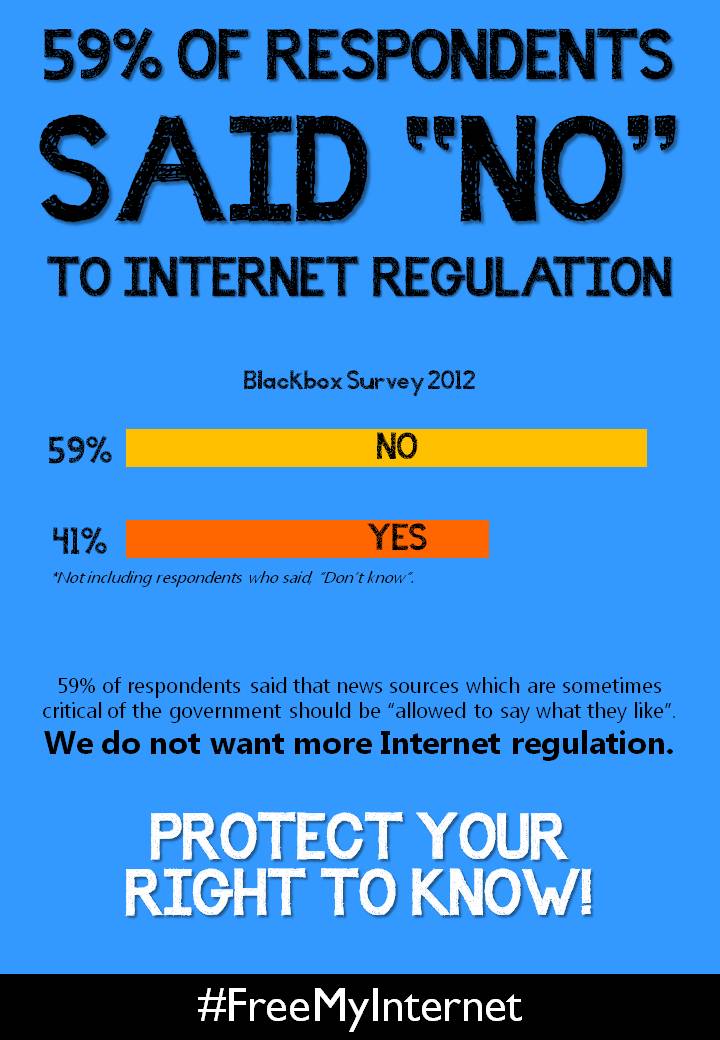 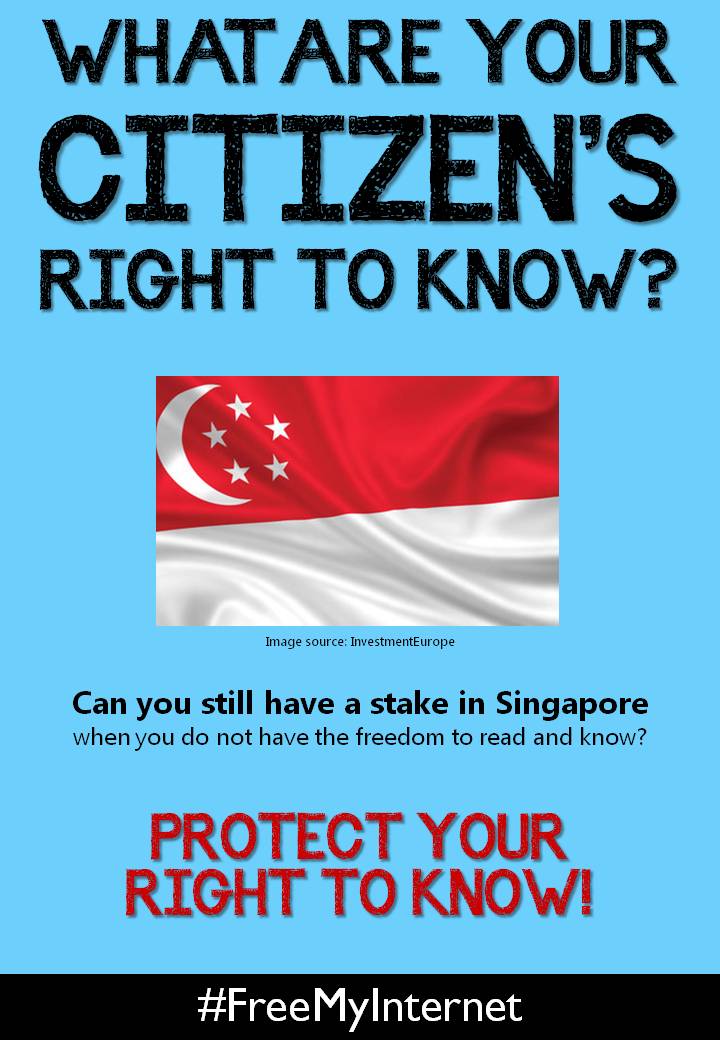 From 1 June 2013, Singapore’s Media Development Authority (MDA) imposed a new ruling on “online news sites”. These sites will have to pay a $50,000 performance bond and take down their articles within 24 hours when the MDA wants them to.

eBay, Facebook, Google and Yahoo! have raised their concerns and have asked the government to review the ruling and engage all stakeholders in discussion on theruling.

You can also do your part by sending the policy brief to your own Member of Parliament, so that he or she knows that ordinary Singaporeans are concerned about the impact of the licensing ruling on Singaporeans.

When websites cannot pay the $50,000 performance bond or have to take down their articles within 24 hours, and they all have to report in the same way, will you be able to only “read the right thing”?

See the other campaign posters here.

These posters are designed by yours truly. 🙂