The CPF Board had released their annual report for 2012.

In 2011 and prior to 2012, the CPF Board had always included a table of the Active CPF members by monthly wage level. 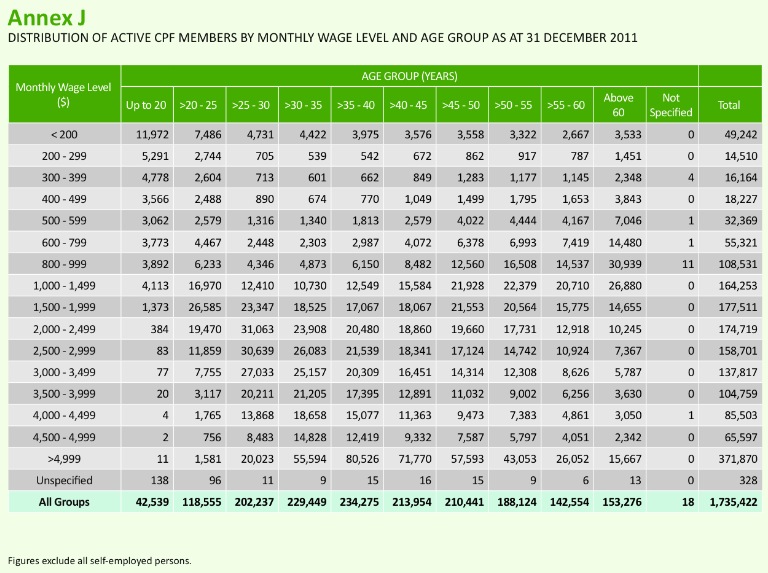 Table 1: Distribution of Active CPF Members by Monthly Wage Level and Age Group as at 31 December 2011

But in the 2012 annual report, the CPF Board removed this table.  The last table in the report was on the distribution of active CPF members by regrossed balances (Table 2), which they state, “include amounts withdrawn under Investment, education, Residential Properties, Non-Residential Properties and Public Housing Schemes as at end of period.”

Table 2: Distribution of Active CPF Members by Regrossed Balances and Age Group as at 31 December 2012

Where did the table on the distribution of monthly wage go??

Now, take a look at Table 1 and Table 2. If you do not know that there is a difference in the indicator being reported, which table looks better?

Table 2, right? It looks like there are many Singaporeans who have a lot of money!

Table 3: Distribution of Active CPF Members by Monthly Wage Level and Age Group as at 31 December 2011

So, looking at Table 2, can you see that this mean that there are more than a million Singaporeans who are not able to meet the CPF Minimum Sum? If you cannot, it’s because the table hasn’t been presented clearly, whether intended or not.

There are actually 1,003,614 Singaporeans with balances of up to $150,000, which makes up 56%. Does this mean that about 55% Singaporeans do not have enough in their CPF and will not be able to retrieve their own money?

Table 4: Distribution of Active CPF Members by Regrossed Balances and Age Group as at 31 December 2012

And then, you will be able to see very clearly that only about 45% of Singaporeans are able to meet their CPF Minimum Sum. About 55% will not be able to withdraw their CPF – that’s your money.

If so, where is our money going? Why can’t we take the money that we’ve earned back? Where is the government taking it to, and for? Why is the money that is ours being denied from us? Why can we not access the nearly $150,000, which is our own money??

I looked at the 2011 report again and realised that the chart on “regrossed balances” have always been in the annual reports.

Previous studies have shown that Singaporeans earn the lowest wages among developed countries and we have the lowest purchasing power as well. Singaporeans also have the smallest retirement funds, which is even smaller than developing countries in the region!

This is no laughing matter. Singaporeans are not earning enough. Instead of fixing the problem, why has the government chosen to omit this information? Instead of helping Singaporeans live better lives, why are we made to pretend the problem doesn’t exist?

On top of that, the fact of the matter continues to be that more than half of Singaporeans are not able to meet the CPF Minimum Sum and are not able to withdraw their CPF. Isn’t the CPF meant for our retirement? If it’s locked up and we cannot access it, then what do we retire on? Or, more importantly, can we even retire?

If we can’t, what’s the point of working for a government which doesn’t even take care of our well-being?

A commenter pointed out that we should be looking at the age group of those above 60 to see how many older Singaporeans there are who aren’t able to meet their CPF Minimum Sum. I did exactly that and found out that only 32% of older Singaporeans had CPF balances of more than $150,000.

This means that there would be up to 68% of older Singaporeans who would not be able to meet the CPF Minimum Sum and wouldn’t be able to take their CPF out at all!

If our older Singaporeans have been paid low wages for a long time and if they do not have enough savings because of their low wages, and they are also not able to take their CPF monies out, what can they do? They are forced to work.