When you look back at what MOE had revealed in 2011, you will be able to get a clearer picture. MOE had said that, “almost all PRs and IS (international students) are in receipt of MOE’s Tuition Grant (TG) scheme“.

So, wait a minute, Heng had said that 6% (of each matriculation cohort) or 1,700 in the polytechnics and 13% or 2,200 the publicly-funded universities had received tuition grants. And if “almost all … international students are in receipt of MOE’s Tuition Grant scheme”, then what does this really mean?

If it might be unclear at first, it is because of the way the reply was phrased. On first reading, you might think that only 6% of international students in the polytechnics and 13% of the international students in the universities receive tuition grants, right? Actually, no. The 6% and 13% actually refers to the proportion of the total student population, including Singaporeans.

Then how many international students are there exactly? For the purpose of this article, we will zoom in to look at the university cohort.

18% University Students Are International Students, 13% On Tuition Grants, 5% On Scholarships?

MOE had revealed that, “for the past ten years, … the number of International Student (IS) (is) at 20% of the total intake… For example, in AY2011, IS comprised 18% while PRs were 4% of undergraduate intake.” So, if there were 18% international students, and only 13% had received tuition grants, what happened to the other 5%?

But what are tuition grants exactly? According to MOE, “the Tuition Grant Scheme was introduced by the Government in 1980 to subsidise the cost of tertiary education in Singapore. The Tuition Grant Scheme is open to students enrolled in full-time diploma or undergraduate courses (subject to guidelines under existing policy).” It also added that, “You will be eligible for Tuition Grant for your new course at approved Institutions of Higher Learning (IHLs) as long as you have not already attained a diploma or degree or higher qualifications through MOE subsidies or sponsorship by the Singapore Government.”

In fact, Heng shared that, the international students in the polytechnics who received tuition grants went down from 9% in 2010 to 6%, whereas in the universities, it went down from 18% to 13%. Does this mean that the proportion of students who had received scholarships had went up instead?

52% Of International Students On Scholarships

Last November, I had written about how Singaporeans pay the second highest university tuition fees among the high-income countries and how Singaporeans also receive the lowest scholarships.

In it, I had also shared that MOE had revealed that, “on average, about 14% of our undergraduates and 30% of our postgraduates in NUS and NTU in 2001-2005 were on scholarships.  About one-third of the undergraduate scholars were local students.” 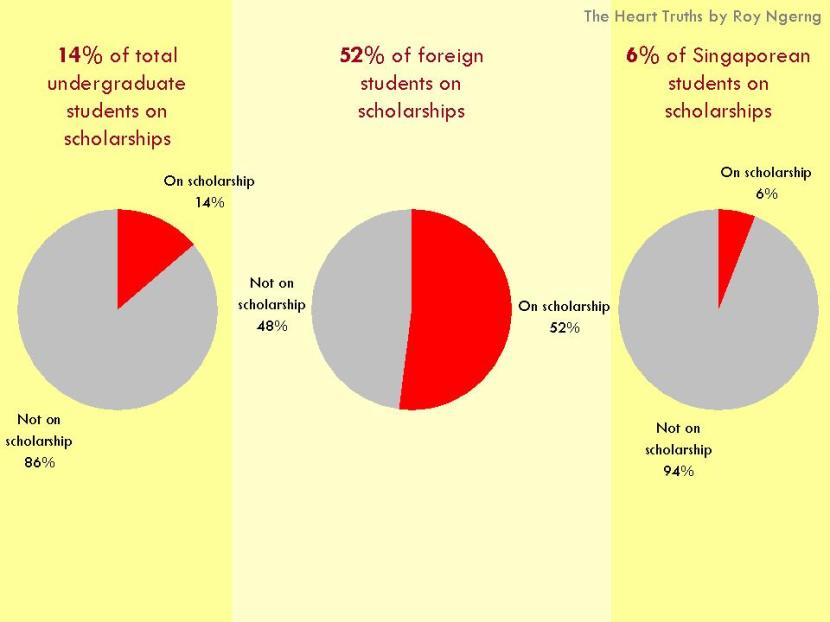 Meanwhile, how many Singaporeans could actually study for free?

So, we were told that international students had received tuition grants of $210 million every year. But what if we were to include the scholarships?

In total, there could have been $400 million spent by the government to bring in international students to study in Singapore. 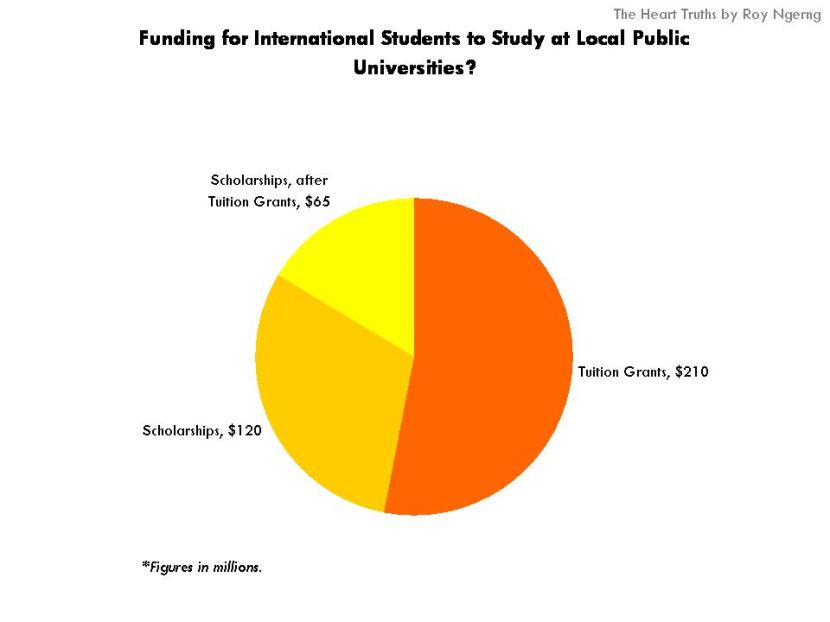 So, the $210 million revealed on Monday doesn’t show the full picture. $210 million represents only the grants given out as tuition grants. But when you add in what was given in scholarship, this amount might be substantially higher. What’s more, we haven’t even added in bursaries.

Now, let’s put the possible $400 million into a bit of perspective. If you just look at how much Singaporeans would have to pay for university tuition fees, this $400 million might actually enable all Singaporeans who are currently studying in the local public universities to study for FREE!

Are you shocked yet?

Why does the government keep claiming that they are providing so much subsidies for Singaporeans? When you look at the subsidy that the government gives to Singaporeans for non-lab courses, this is only $19,100. Singaporeans still have to pay $7,650 out of our own pockets, or about 40% of the subsidy. On the surface, 40% is a discount. But when you compare what Singaporeans pay with what the citizens in other high-income countries pay, Singaporeans actually pay the second-highest university tuition fees, after Ireland!

So, when you look at it in perspective – from how much Singaporeans actually have to pay out from our pockets, it is not cheap. In fact, for Singaporeans, we have to pay one of the highest university tuition fees in the world.

Meanwhile, why is it that for the international students who come, there is a substantial proportion who would be able to study for free, but not for Singaporeans? And why is it that for whatever the government is paying for the international students to invite them to study in Singapore, the government might actually be able to let all Singaporean university students study for free?

Something is very wrong when your government has enough money to let its citizens study for free, but they choose to give that money to other people, other than its own citizens, right?

Not only that, I had also written about how the Singapore government spends the lowest on education as a proportion of GDP, as compared to all the other high-income countries. If the Singapore government is already so stingy with how much they spend on education, why would they prioritise what they spend on international students? Why are they not prioritising their spending on Singaporeans? And if they want to prioritise their spending on international students, shouldn’t they then increase their expenditure on education to ensure that Singaporeans also receive at least the same benefits?

Hello! Which government in the world does that? Which government treats its people as second-class citizens while giving international students who might not have a stake in this country first class treatment? Hello??

Singaporeans, if you haven’t realised, we might have just done ourselves in. 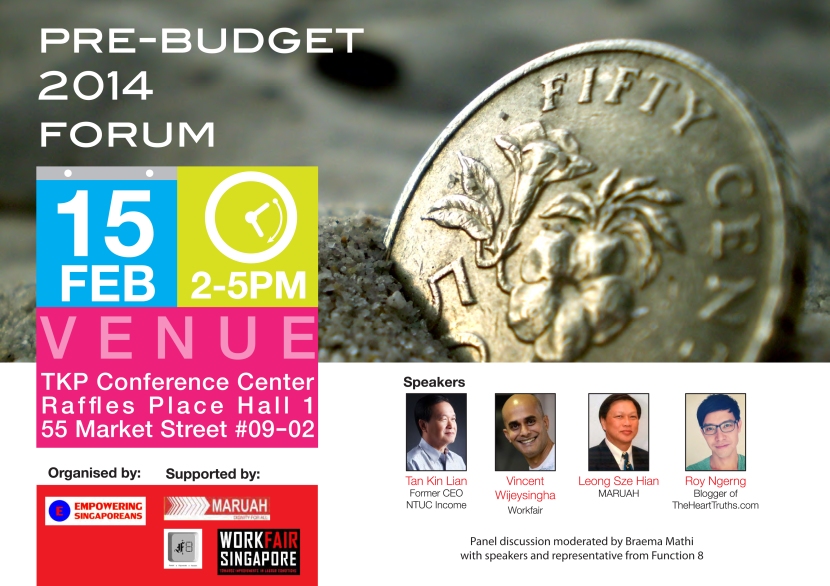