This is a two-part article by Leong Sze Hian and I where we analysed Budget 2014 and reveal that even in Budget 2014, the Singapore government is still not spending a single cent for Singaporeans, but not only that, are earning from us at the same time.

Yesterday, we had showed you that in Budget 2014, what the government would spend for Singaporeans on our education fees is still far short of what they would spend for international students. We had also showed you that even though the government had announced health initiatives under the Pioneer Generation Package, Medisave top-ups and more subsidies for healthcare, but when you add these all up, what they are spending is still far lesser than what they would be making us pay through higher Medisave contributions.

We had also contributed $28.5 billion into CPF in a year in 2013 . Also, as we have discussed before, Singaporeans only receive 2.5% to 4% interest (plus 1% on the first $60,000) on our CPF. However, our CPF is utilised by the Government and much of it might end up to be represented in the reserves, which are invested by GIC, Temasek Holdings and MAS. GIC and Temasek Holdings earned returns of 6.5% (in US$ terms) and 16% since inception, respectively. This means that the excess returns that is earned from our CPF is actually not returned to Singaporeans – we estimate that there is about a 3% interest that is not returned to Singaporeans – or what is known, arguably as an implicit tax. We calculate that this implicit tax that Singaporeans are paying would amount to about $7.6 billion per year (or 3% of the total CPF balance of $253 billion).

In addition, we had previously compared Singapore with the Nordic countries – we had compared with these countries because they are known to pay the highest taxes in the world. However, in the Nordic countries, their citizens would need only pay into tax and social security (our version is CPF), and be able to receive healthcare and education for next to nothing. However, in Singapore, Singaporeans would still need to pay additional out-of-pocket for healthcare and education. 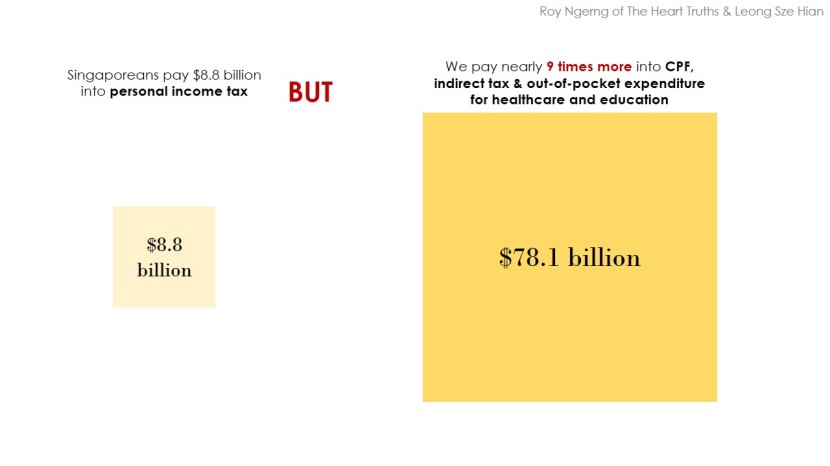 Government Only Spends 49% of What Singaporeans Pay

But that’s not yet all. 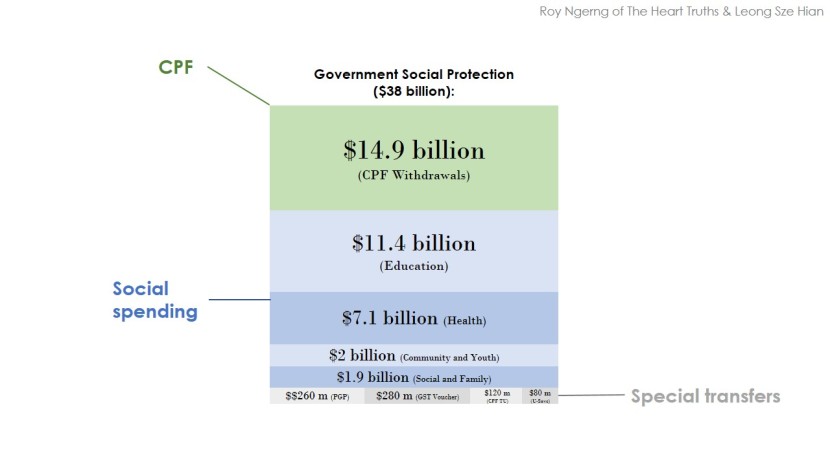 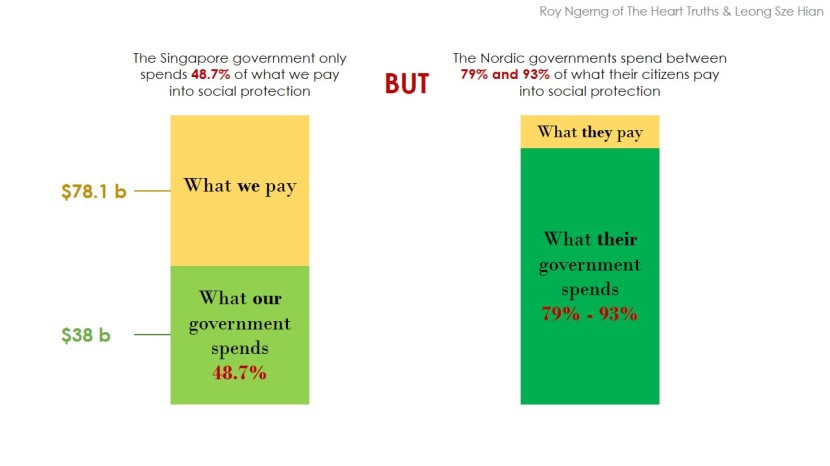 The Government Doesn’t Spend A Single Cent And Yet, Still Earns From Singaporeans

So, you see, Singaporeans might have high expectations about Budget 2014. We might have been told that the government wants to move towards a more “fair and equitable society”. However, from a cash flow perspective, things haven’t changed much.

So, what do you think? Despite all the hype in the media after Budget 2014 was announced, what we have found is that Singaporeans are still being made to foot the bulk of the bill for ourselves for any “increments” that the government is “magnanimous” enough to give. We should be thankful, right?

Well, not really. Not only are these “increments” long overdue, they also fall short of what a country such as Singapore with a such a high GDP per capita should do. For a country as rich as Singapore, the government should be spending 70% of health expenditure and 50% to subsidise transport. Yet, the Singapore government only spends 30% of health, Singaporeans are made to fully subsidise the operations of the transport operators (SBS Transit and SMRT) and their profits, Singaporeans pay relatively high university tuition fees in the world and the retirement funds that we receive from CPF is way below what the citizens in the other high-income countries receive.

A First World country? Not really. An illusion of a First World country but a Third World living standard. A government that does not need to spend a single cent while Singaporeans are made to keep paying for any increments that are long overdue to us.

Uniquely Singapore! So, what will you do?