Last month, I had written about how Singaporeans are unable to save enough in our CPF to be able to retire, and explained how this happened – because Singaporeans are forced to pay the “accrued interest” and the government keeps increasing the CPF Minimum Sum to astronomical levels which prevent more and more Singaporeans from being able to meet it.

Find out more about it by reading this article here.

Or watch this short video to find out why your CPF seems to be depleting faster than you can ever accumulate it.

On 7 June, we will be organising an event to demand to the Singapore government to #ReturnOurCPF. Read our demands below.

We have also set up a petition that you can sign here.

We look forward to seeing you on 7 June. The Facebook event page can be found here. 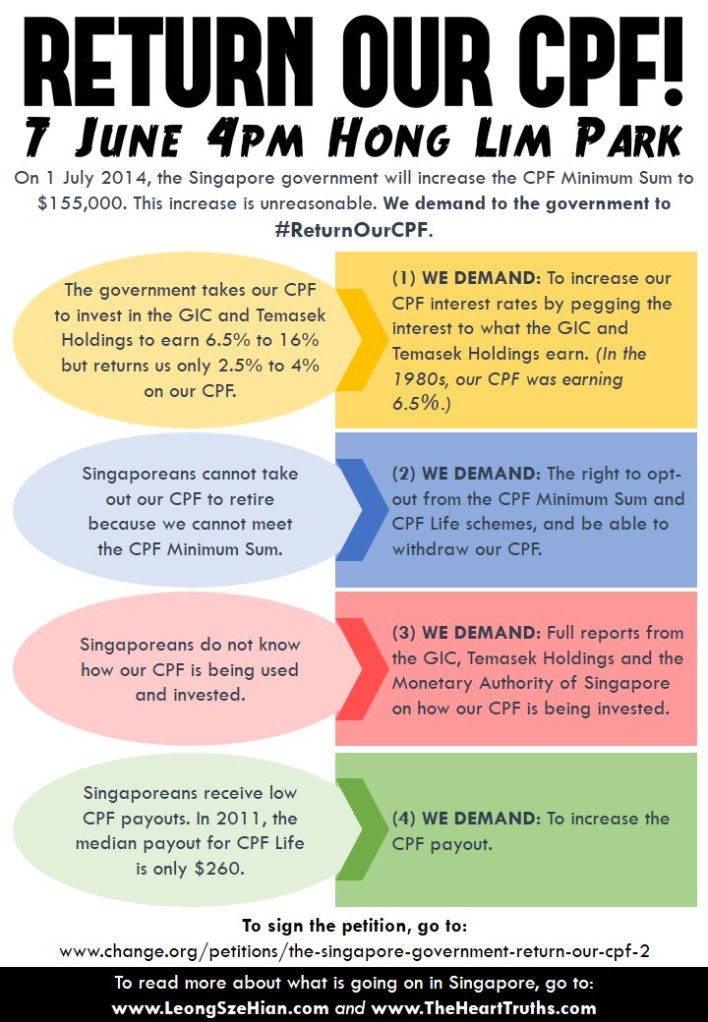