Let’s start with a simple question – if we want our CPF to grow, how can it grow?

The simple answer is this – let the money in the CPF grow.

The next question then is, how can our CPF monies grow?

At the simplest level, two things can be done: 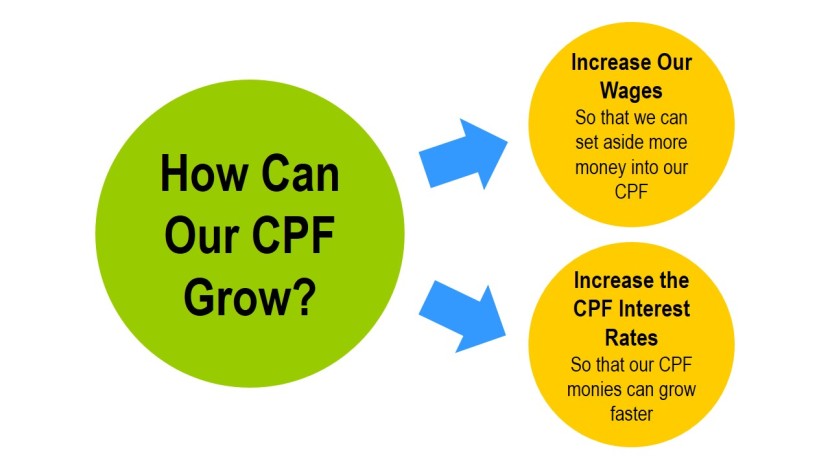 So, you see, when we ask the most basic questions, it is very clear what needs to be done to grow our CPF – increase our wages and the CPF interest rates. And indeed, many Singaporeans have already advocated for these two points to the government.

It is thus disappointing that the government hasn’t seemed to take these suggestions into consideration to let Singaporeans grow our CPF.

In Parliament on Wednesday 28 May 2014, Prime Minister Lee Hsien Loong discussed three other ‘approaches” instead:

Let’s take a look at these approaches and discuss them.

Why Do Singaporeans Need To Work Longer?

But why do Singaporeans have to work longer? Haven’t we been able to earn enough to safe?

Since 1996, the real wages of Singaporeans have hardly grown. In fact, for low-income Singaporeans, in 1996, they earned $800. Today, they are still only earning $800 and this is after nearly 20 years! For median income Singaporeans – for the most of us – you can see that our wages have remained stagnant as well.

Do low-income and the majority of Singaporeans have to keep working today because we simply didn’t see their wages grow and couldn’t save enough to be able to retire?

Quite clearly, if the government refuses to increase our wages, how will our CPF be able to grow? Wouldn’t it be more logical to increase the wages of Singaporeans to catch up with the lack of our wages growing over the past 20 years, rather than to ask Singaporeans to continue to work on depressed wages?

Why Do Singaporeans Have To Sell Our Homes?

Next, what happened to home flat prices such that our CPF became reduced by high flat prices?

In 1994, the government “liberalised” the CPF to allow it to be used to buy resale flats. Thereafter, prices increased rapidly. The prices of new flats were then increased as well.

This meant that we have to use more and more of our CPF to buy the flats.

If Singaporeans have to sell our homes today so that we are able to retire, is it because flat prices were growing too rapidly that it cleaned out a large part of our retirement funds?

Wouldn’t it make more sense to increase our wages to catch up with inflation instead, so that our CPF will grow as well?

How Can CPF Payouts Be Increased?

Here’s another easy question to ask ourselves – if we want the CPF payouts to increase, what can be done?

Increase the CPF itself, right?

We have already discussed above how the CPF can be increased – by increasing wages and the CPF interest rates.

Lee Hsien Loong wants to “say something more about” this at the National Day Rally. The question is, will he announce increases to our wages (to catch up with the wages that we have been losing for the past 20 years) and will he increase the CPF interest rates?

How Much Should CPF Interest Rates Be?

But it is not just about increasing the CPF interest rates to any arbitrary amount. 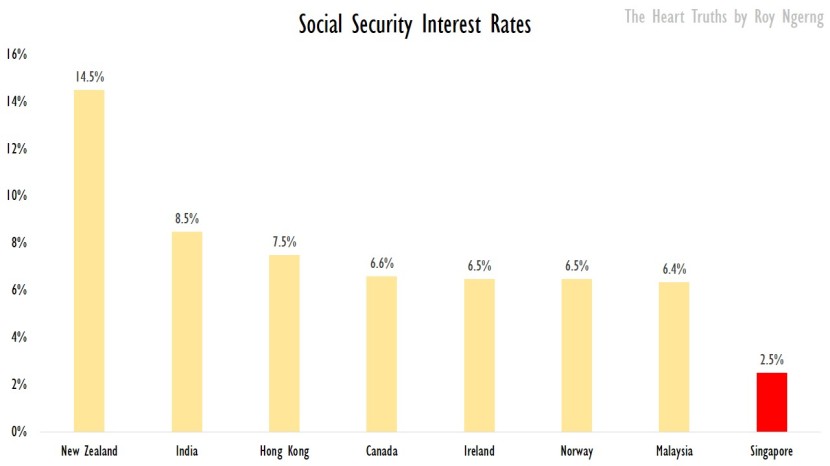 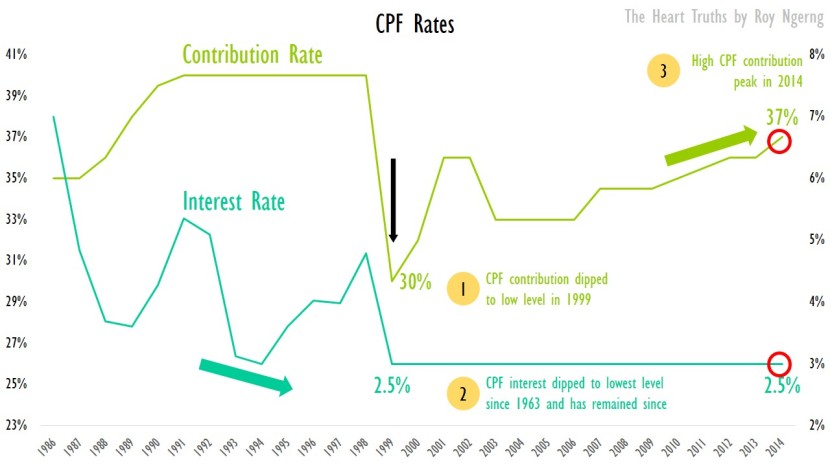 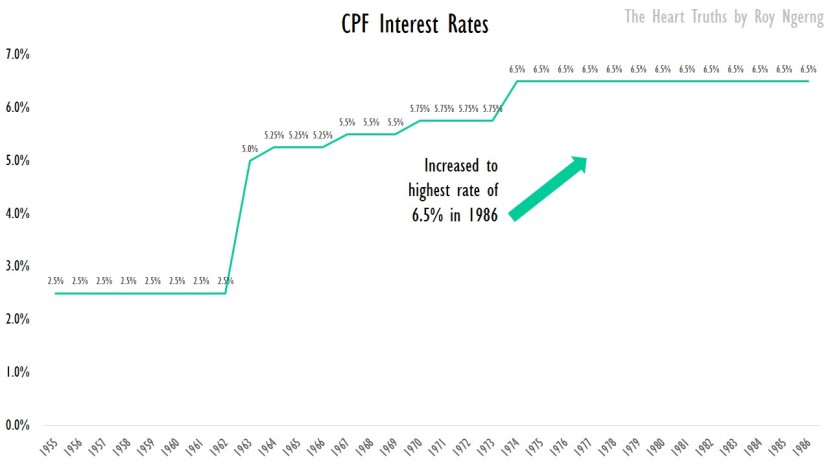 Then the other question is – what should our CPF interest rates be based on?

As I had written before, it is now a known fact that our CPF is invested in the GIC and Temasek Holdings.

And since the GIC and Temasek Holdings are earning 6.5% to 16%, shouldn’t our CPF be pegged to those earnings as well? Why then are Singaporeans earning the lowest interest rates in the world, at only 2.5% to 4%?

Does this make sense when GIC and Temasek Holdings are now the 8th and 9th largest sovereign wealth funds in the world? 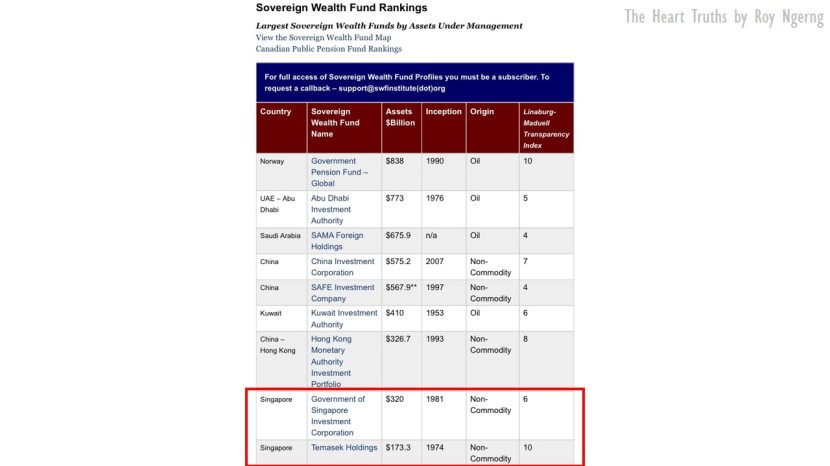 But Singaporeans have the least adequate retirement funds among the high-income countries and one of the lowest in the world?

Lee Hsien Loong also said that, “But we have to proceed very, very carefully because it is human nature to want more without wanting to pay more for it.” He also said that Singapore is “going against the tide. We are increasing our social spending, precisely at the time when many other countries in the world – developed countries – are trying to cut theirs.”

However, what Lee Hsien Loong had forgotten to mention is that the Singapore government actually spends the lowest public spending among the developed countries.

Also, the Singapore government spends the least on social protection for Singaporeans – you can see below how we compare with the Asian Tigers.

If “Singaporeans want more”, are we being reasonable? It is perfectly reasonable for Singaporeans to demand for more, since we have been shortchanged for so long. Not only that, we have been paying more than we should be getting back!

As such, is it unreasonable for Singaporeans to want the government to return what we have been paying back to us? It is not. It is only right that the government does so.

Lee Hsien Loong had quoted President Tony Tan who had that Singapore should “maintain constructive politics that puts our nation and our people first”.

Lee Hsien Loong had explained that “constructive politics” is about “developing effective policies for Singaporeans (and) … having a robust and open debate to ensure that proposals are scrutinised, are debated, are argued so that we can find out what the strengths are, identify the weaknesses and the problems and we come up with the best ideas and solutions for Singapore.” He had also said that he is “very disappointed that the opposition has offered very little of this in this Parliament.” Finally, he said that he “demand(s) high standards of people in politics” who are able to debate “responsibly, through open, direct raising of pertinent questions, and establishing the truth, to prevent incompetent, dishonest or self-serving people from getting into positions of responsibility and doing great harm to Singapore.”

I had invited to Lee Hsien Loong to an “open dialogue” on our CPF matters so that like he said, we would be able to have a “robust and open debate” on the CPF. We would then be able to “scrutinise” how our CPF is actually being invested in the GIC and Temasek Holdings, so that we can “come up with the best ideas and solutions for Singapore”. He has not responded to the invitation but I still hope that he would accept it.

Finally, I agree with him. We should “demand high standards of people in politics” who are able to debate “responsibly, through open, direct raising of pertinent questions, and establishing the truth, to prevent incompetent, dishonest or self-serving people from getting into positions of responsibility and doing great harm to Singapore.”

I think this is what we can all agree on. I look forward to a constructive dialogue.

So far, the discussion in the mainstream media has been shaped by the government. We do not get to hear the voices of the many Singaporeans who have voiced out about our thoughts on the CPF and how we can improve it, such as from concerned Singaporeans such as Leong Sze Hian, Kenneth Jeyaretnam, Goh Meng Seng and Phillip Ang who have written numerous times on the CPF online, and from many other Singaporeans.

Instead of Lee Hsien Loong wanting Singaporeans to work longer and sell our homes to be able to have any money for retirement, wouldn’t it make more sense to increase our wages and increase the CPF interest rates so that we will be able to save more for retirement? Instead of trying to resolve the problem by creating even more problematic layers, it might make more sense to go back to the basics and fix the root of the problem?

Singaporeans have a right to demand for answers and to know the truth.

On 7 June, we will be organising an event to demand to the Singapore government to #ReturnOurCPF. Read our demands below.

We have also set up a petition that you can sign here.

We look forward to seeing you on 7 June. The Facebook event page can be found here. 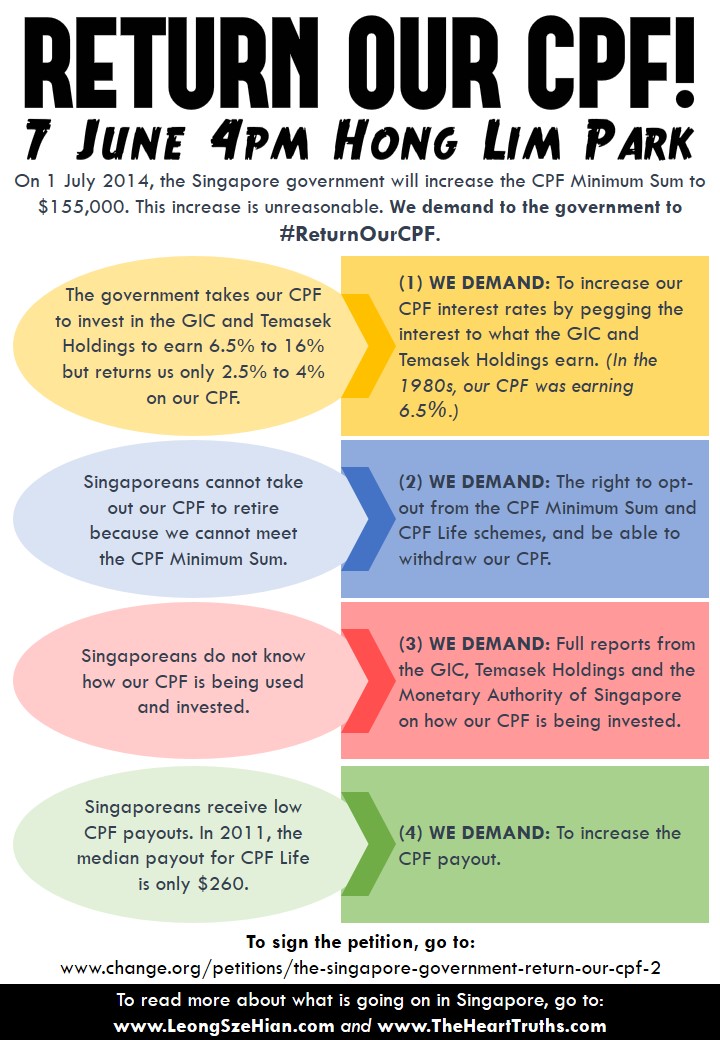