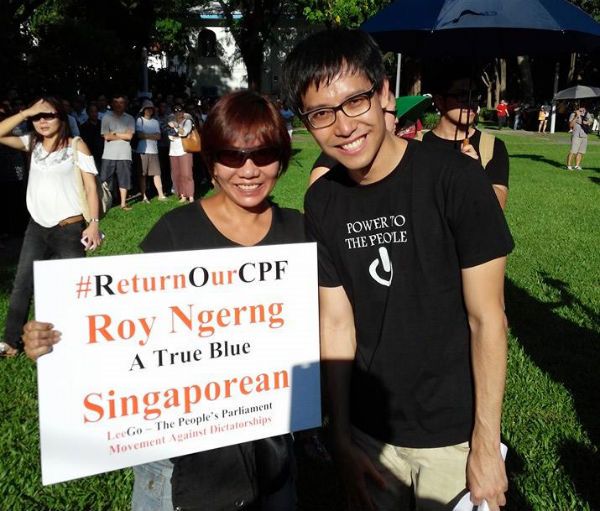 Last Saturday, when prime minister Lee Hsien Loong conducted a ‘Live Q&A’ on his Facebook page, I asked some questions but Mr Lee did not answer them.

(2) The PAP government is currently sitting on the board of directors of the GIC, which to many Singaporeans, is seen as a conflict of interest. Will the PAP government stop putting government ministers or members of parliament or related kin into the GIC and Temasek Holdings to allow these institutions to truly operate independently?

(3) It is estimated that the poverty level in Singapore is as high as 30%. Will the PAP government define a poverty level and implement a minimum wage to that level to protect the wages of Singaporeans? Singaporeans have been calling for a minimum wage of between $1,500 to $2,000. In fact, if Singaporeans’ salaries have increased as fast as the prime minister from the 1970s, the average Singaporean would each earn $15,000 every month, or as much as a member of parliament.

(4) Every time that the PAP government increase its own salaries in 1994, 2000, 2004 and 2007, the income inequality in Singapore also got worse and the rich became richer. Will the PAP government decrease its own salaries to reduce income inequality in Singapore? In Norway, the lowest-wage worker earns $5,000 every month while the prime minister only earns $25,000. In Singapore, a cleaner earns $1,000 while the prime minister earns more than $180,000 every month. The disparity is massive. Will the government reduce its drastically and hike up the wages of the protect to allow Singapore to be truly a society that is just and equal?

(5) The PAP government continues to use the law to prosecute its critics and to has also continuously deny conducting the atrocities against Singaporeans who were unfairly arrested under the Internal Security Act from the 1960s to 1980s, especially with Operation Coldstore in 1963 and Operation Spectrum in 1987. Will the PAP government apologise to its critics and for the atrocities that it has done against these Singaporeans, many of whom have spoken up and said that there are innocent but unfairly prosecuted?

I believe a government which has magnanimity and self-awareness would earn the respect of Singaporeans.

Mr Lee did not answer these questions.

Instead, several IBs (Internet Brigade widely known to be set up by the PAP to counter online dissent against it), fake profiles and PAP-affiliated people were sent to throw off the scent and to ask me how the funds raised for the defamation suit have been used.

I had previously posted the receipts on my Facebook to account for the use of the funds and I am now also posting them here.

(1) Below are the receipts of the $70,000 paid to my lawyer, M Ravi, for his services. Ravi informed me that the $70,000 is for his legal fees, including for filing fees and research, for the duration of the whole case. 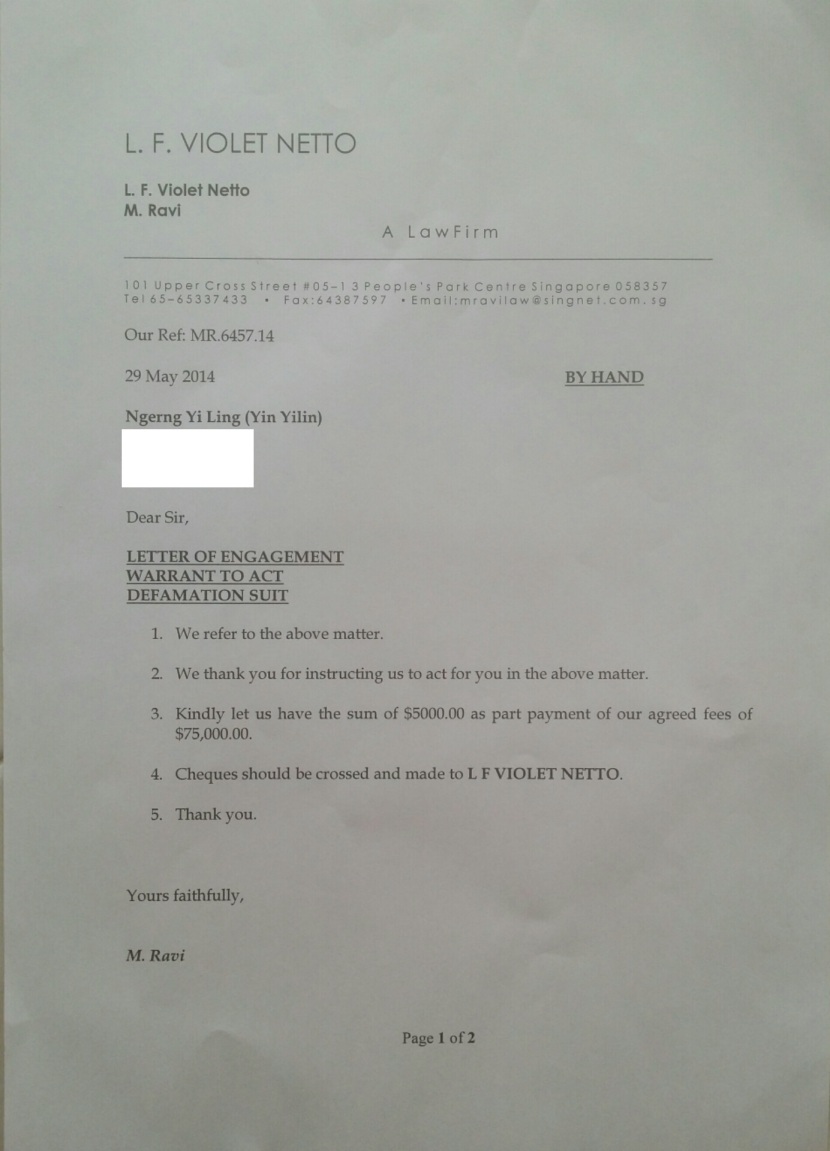 (2) Below is the $29,000 that has been paid from the funds to Mr Lee’s lawyers for the costs and filing fees, for the summary judgment. There will be further costs for his lawyers that will be determined after the hearing on how much I would need to pay the prime minister is held, to be due in June 2015.

The PAP continues to employ trickery and blow smoke because it does not want to answer the real questions that Singaporeans have about the CPF.

The PAP government still does not want to return the earnings it has taken Singaporeans’ CPF to earn in the GIC and Temasek Holdings.

The PAP has sent its moles to question me on the usage of the funds raised from the defamation suit. I have put the receipts up previously, and I have put them up here as well.

Will the PAP do the same and be transparent and accountable to Singaporeans on our CPF?

Will the PAP government release the full reports of the CPF Board, GIC and Temasek Holdings?

The PAP government has taken Singaporeans’ CPF to invest in the GIC and Temasek Holdings since the 1970s. However, it kept denying that it had invested the CPF in the GIC in 2001, 2006 and 2007 and only admitted to this last year, after it sued me and was forced to do so.

The prime minister has never once spoken about the defamation suit publicly or answered my questions directly.

Instead, he has chosen to sue me. And yet, the prime minister has taken issue with 14 of the articles that I have written to say that I am trying to “attack” him when all I have done has always been to ask questions of public interest, to ask how the PAP government has siphoned off Singaporeans’ CPF to use.

Why did the prime minister choose to sue me instead?

By not wanting to answer these questions, it only goes to show that the PAP government is trying to hide something and does not want Singaporeans to know what it has been doing with Singaporeans’ CPF for the past 30 or even 50 years.

I have asked for an open dialogue with the prime minister on the CPF when he first sued me but he did not want to do so and went ahead to sue me. If the prime minister dares to, then let’s have a proper open debate on where the CPF has been going. I will assemble a team of people to face off against him and his team, if he dares.

The PAP has to stop hiding behind the law and keeping quiet, while hoping to use the law to finish me off. Come out and answer these questions.

If there is nothing to hide, then answer the questions.

If the PAP does not dare to do so, then drop the defamation suit. Stop playing games to silent your critics. If the PAP truly claims to be honest and non-corrupt, then prove it.

We are in a new world now where Singaporeans have grown very weary of the PAP’s antics and its old ways of using the law to hurt Singaporeans and their families and friends. If the PAP does not learn to move on, then Singaporeans will move on without it.

So, I ask, will the PAP government be transparent and accountable to reveal the full reports of the CPF Board, GIC and Temasek Holdings, and will the PAP dare to have an open debate to answer to Singaporeans on what they have taken our CPF to use?