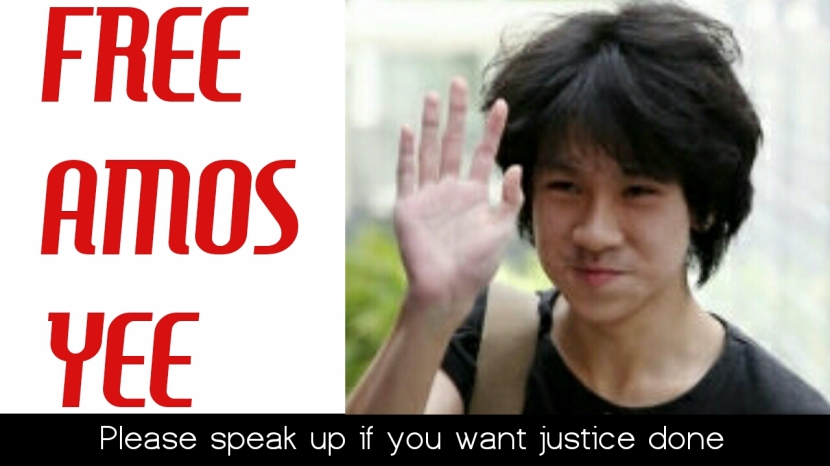 This is Roy Ngerng. I am from Singapore. I would like to report on a case on child abuse in my country which deserves international attention.

Amos was charged with three charges. For one of them, the first prime minister’s supporters said that the video “contained remarks about Mr Lee Kuan Yew which was intended to be heard and seen by persons likely to be distressed”.

More importantly, Amos was also charged as an adult in the State Court. He was not charged in the Juvenile Court for children.

After Amos was charged, he was put on bail for $20,000. The terms of his bail are excessive. He is not allowed to post, upload, distribute or by an other means cause to be made visible or available any comment or content, whether directly or indirectly, to any social media or online service or website.

In addition, he is now being held in remand, and has been in prison for four days now.

I would like to highlight that Singapore is a signatory to the Convention on the Rights of the Child (CRC).

Under the convention, Singapore is required to look for other measures “without resorting to judicial proceedings,… such as care, guidance and supervision orders; counselling; probation; foster care; education and vocational training programmes and other alternatives to institutional care shall be available to ensure that children are dealt with in a manner appropriate to their well-being and proportionate both to their circumstances and the offence.”

However, after Amos was arrested, he was immediately charged. He was not given any other recourse.

On top of that, under the convention, Amos should have been “treated in a manner consistent with the promotion of the child’s sense of dignity and worth, which reinforces the child’s respect for the human rights and fundamental freedoms of others and which takes into account the child’s age and the desirability of promoting the child’s reintegration and the child’s assuming a constructive role in society.”

However, a blanket restriction was imposed on Amos’s freedom of speech and expression and he has been imprisoned for four days in jail now.

Additionally, I have been speaking up about Amos’s situation on my Facebook and he has received numerous support. However, I have also seen a coordinated series of criticism against Amos and when I traced their accounts, I realised that all of them are supporters of the first prime minister and the current ruling party, the People’s Action Party (PAP).

They also said that because Amos spoke about religious issues, it is justifiable that he should be criminalised and jailed, even as a 16-year-old child.

However, I would also like to bring to attention other cases such as when there was an activist from the PAP, Jason Tan, who had said that he wanted to “cut off Amos’s dick and put (it) in his mouth” and where another, ex-PAP member, Jason Neo, said religious sensitive remarks but they have not been arrested in spite of a police report that was made against Neo four years ago.

I would like to bring Amos’s situation to your attention. We need international attention to help bring light upon this case. Amos is currently in prison. His case has not yet been heard.

Also, Amos is only 16-years-old but he will be tried as an adult. This is worrying.

As a child, Amos should have access to certain rights but these do not currently seem to be respected and he has been robbed of them. It is clear that Amos is currently being abused as a child and as a person.

I appeal to the international community to assist to speak up against the mistreatment of Amos and to help in bringing justice to Amos.

At the same time, I am currently also facing persecution, having been sued by the Singapore prime minister, for defamation.

I am personally worried about the welfare of Amos and the situation in Singapore does not look favourable for him.

I believe that any form of action or support for Amos would be welcomed and an added assistance to Amos. It would be highly useful if a statement of support could be released from the international organisations, and also if other forms of assistance could be rendered as well.

Please do not hesitate to contact me for any further information on this. I will be glad to assist further.

This letter was sent to the following agencies: