In 2012 and 2013, I wrote two articles that traced on different government websites how the CPF is invested in GIC and Temasek Holdings. I had to look at different websites because the information could not be found on one single website.

In 2014, the PAP-run government then either deleted or changed the information on its websites to prevent Singaporeans from finding out that the CPF is invested in GIC and Temasek Holdings.

It was only later on that the PAP finally admitted, for the first time in many years, that the CPF is indeed invested in the GIC.

However, the CPF is our money. Is it up to the PAP to hide, delete or change the information about how they are taking away our CPF to use?

Until now, the PAP still has not explained why they tried to hide, delete or change the information. They have also refused to let Singaporeans know how and where our CPF is invested in the GIC and Temasek Holdings, and what it is earning.

In 2001, 2006 and 2007, the PAP-run government denied on several occasions that the CPF of Singaporeans is invested in GIC.

It was only last year that the PAP admitted for the first time in many years that the CPF is indeed invested in GIC.

However, this is after more than 15 years of hiding from Singaporeans that the CPF is invested in GIC.

Even so, the PAP still refuses to let Singaporeans know how our CPF is invested in GIC and how much it is earning. The PAP takes our money to earn an estimated 6% in GIC but returns only 2.5% to 4% while it keeps the rest to earn from itself. 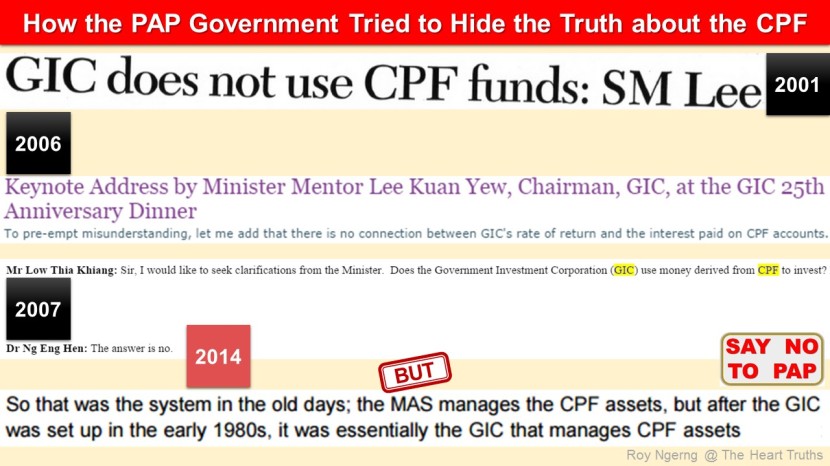 However, the PAP has admitted that when the government set up Temasek Holdings in 1974, it transferred a set of companies to Temasek to run. In 1982, then Labour and Communications Minister Ong Teng Cheong also revealed that these companies were built using the CPF of Singaporeans.

However, the PAP has never accounted to Singaporeans on what happened with our CPF that was transferred to Temasek and whether our monies were returned?

The GIC also at one time said that it did not know if it uses our CPF to invest because it is not made explicit to them.

It was only later on that the PAP and GIC finally admitted, for the first time in many years, that the GIC takes our CPF to use.

Why did the PAP pretend that it does not interfere in the GIC? When the GIC takes our CPF to use and earn from it, is there not a clear conflict of interest when the PAP government who is supposed to take care of our CPF also runs the GIC, and want to make money off our CPF? 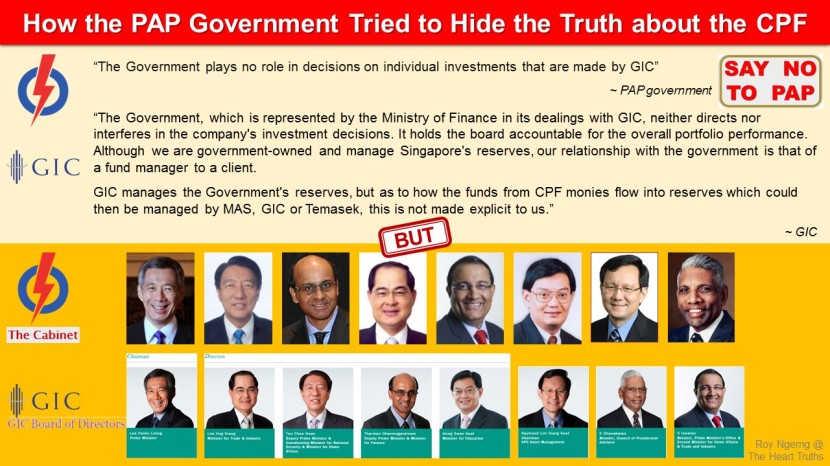 Today, low-income Singaporeans earn the lowest wages among the highest-income countries. However, the PAP-run government also makes Singaporeans pay the highest social security contribution in the world into our CPF.

On top of not already earning enough to spend even on basic necessities, Singaporeans are made to sacrifice the most of our wages into CPF, leaving very little purchasing power for Singaporeans.

Indeed, it is estimated that 30% of Singaporeans live in poverty and that Singaporeans have the lowest purchasing power among the developed countries.

However, the PAP takes Singaporeans’ CPF to earn in GIC and Temasek Holdings and return little back to Singaporeans. 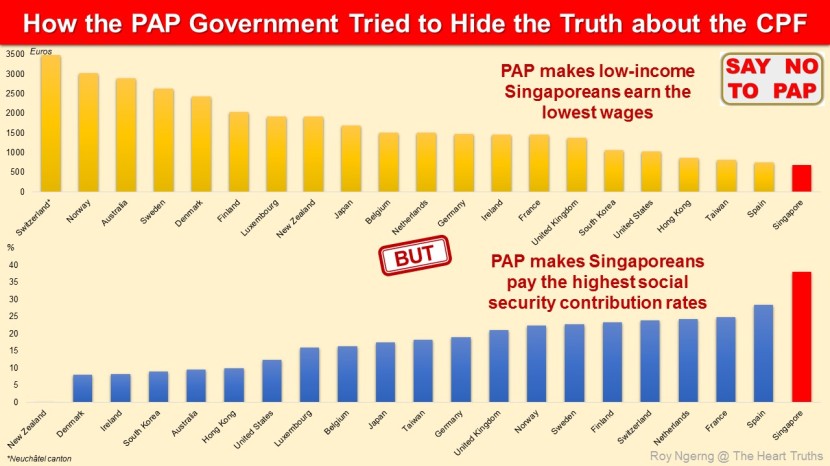 Do you know that Singaporeans have one of the least adequate pension funds among the OECD and Asia-Pacific countries but the PAP-run government takes our CPF to earn in GIC and Temasek Holdings. As a result, they have become two of the world’s richest sovereign wealth funds.

Singaporeans are made to sacrifice the largest proportion of our wages in the world to pay into the CPF. The PAP then takes our CPF to earn very high returns in GIC and Temasek Holdings, but return very low returns to Singaporeans – the lowest in the world.

As such, many elderly Singaporeans are unable to retire today and have to work as cleaners, labourers and cardboard collectors simply because they cannot save enough inside their CPF to retire on. Also, it is estimated that nearly 90% of Singaporeans are also not able to meet the CPF Minimum Sum or now known as the Full Retirement Sum. As such, most Singaporeans would never be able to retire and would need to work until our deaths.

However, GIC and Temasek Holdings have taken our CPF to become one of the richest sovereign wealth funds in the world and the PAP government also pays themselves the highest salaries in the world.

When Mr Ong Teng Cheong was Singapore’s President, he asked the PAP-run government to let him know what are in the reserves so that he can protect it for Singaporeans.

However, the PAP told him that it would take 56-man years to let him know what are inside the reserves. In the end, President Ong had to ask for a list instead and even then, they would only give it to him after several months and still did not want to give him a complete list.

However, if the reserves are managed by GIC, Temasek Holdings and the Monetary Authority of Singapore, then shouldn’t they already have kept full records of the assets that they own and what is inside our reserves?

Chart: The Online Citizen Ong Teng Cheong: “I had a job to do”

Is this the way a government should manage our CPF?

SAY NO TO PAP. 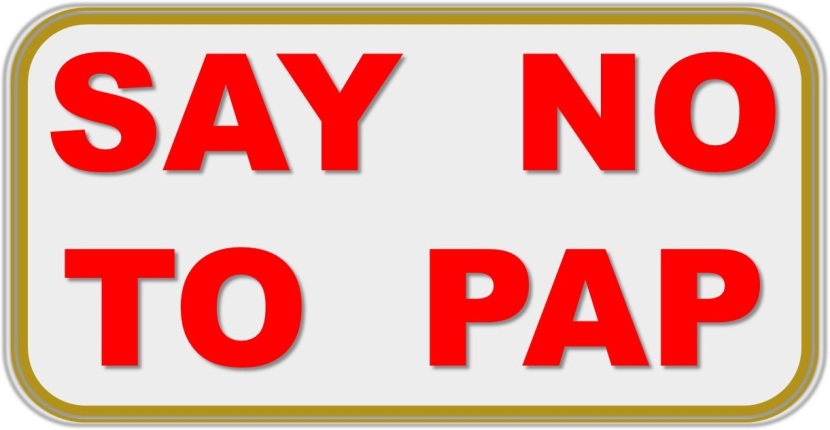