In today’s article, the focus is on JOBS.

Do you know that the reason why Singapore cannot introduce any laws or policies to protect the employment of Singaporeans is because that in the CECA, there is a clause which prohibits this? It is said in the CECA that both India and Singapore should not “require labour market testing”. In other words, labour movement between countries is “free and easy”.

But if you look back at the CECA between India and Singapore again, not only does the CECA makes it easy for anyone to come into Singapore without adequate “testing”, their “spouses or dependents” are allowed to do so as well. In the CECA between India and Singapore, the countries are expected to allow “spouses or dependents … the right to work as managers, executives or specialists (and) … they shall not be barred by the Party (both countries) granting them the right to work from taking up employment … on the ground that they as the accompanying spouses or dependents or already employed” in the same job role specialisations.

(2) Why Are Singaporean PMETs Losing Their Jobs? Here’s Why.

Second, do you also know that when companies would like to hire workers on Employment Passes (E Pass), do not need to pay additional levies on these workers or adhere to any quota?

To qualify for the E Pass, foreign workers are required to “earn at least $3,000“. This means that workers on E Passes would directly compete with Singaporean university graduates, whom starting pay is $3,000.

Thus as there are no levies or quotas to hire workers on E Passes, there is no restriction or disincentive for companies to hire foreign workers over Singaporeans in positions which require a degree – and this would necessarily put Singaporeans at a disadvantage. Has this contributed to the over-influx of tertiary-educated workers and the resultant high unemployment?

Not only that, the Ministry of Manpower had also explicitly stated that, “Spouses of Employment Pass holders can work in Singapore.”

(3) What Do You Think Of The New Fair Consideration Framework? 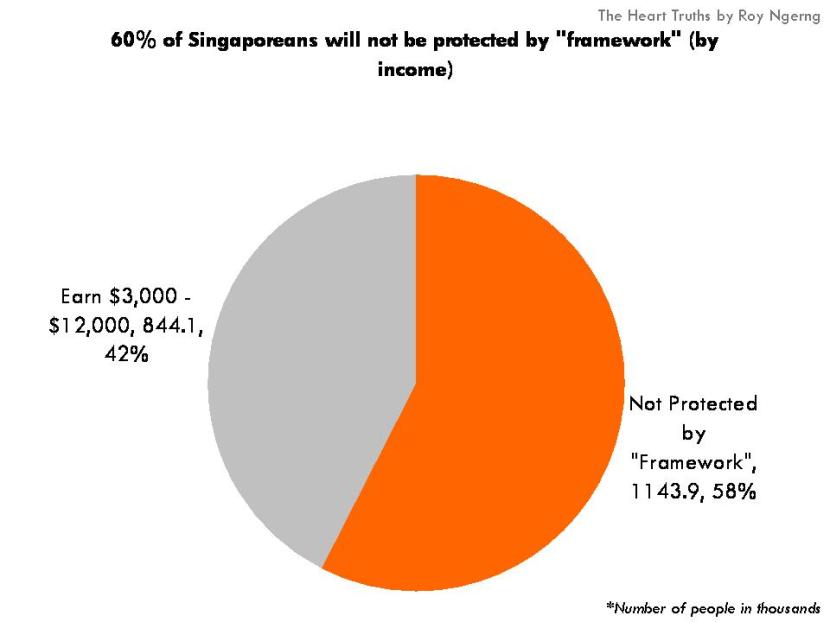 Also, do you know that this new Fair Consideration Framework is, well, a “framework”. It is not an “Act” or a “law”, which means that there are no legal penalties if the employers go foul of this “framework”.

Take note of this – there is no requirement that the employer would need to first invite Singaporean candidates for interview. In Hong Kong, it is only when employers are not able to find suitable local candidates which is that, “the firm can apply to bring in foreigners. The application will be considered first by the Labour Advisory Board and then approved by the Labour Department.”

Also, there are no guidelines set out as to how the firm would consider whether the Singaporean worker is suitable or not for the job. In fact, the MOM said that, “MOM does not review the merits of a firm’s hiring decision, as the firm is best placed to decide on which candidate can do the job.”

Firms are not bound to consider their hiring decision according by any guidelines. Firms won’t be taken to task if they don’t abide by the “framework”.

You know what this means? This means nothing has changed. You know what the Fair Consideration Framework is – it’s just the creation of a “jobs bank”. That’s all there is. This whole framework is about spending money to create a new job openings website. That’s all. At best, this is a PR exercise.

(4) The Truth About The Fair Consideration Framework 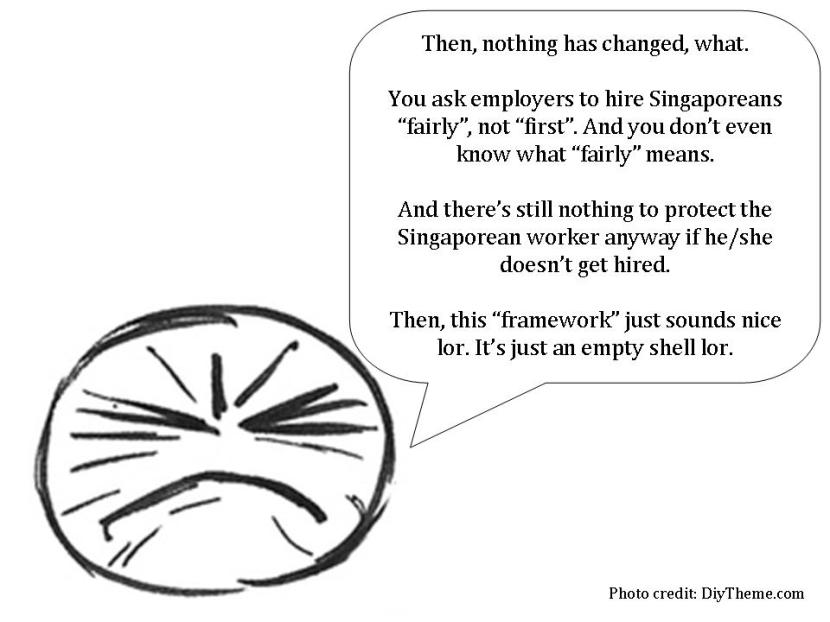