In today’s article, the focus is on HEALTHCARE. 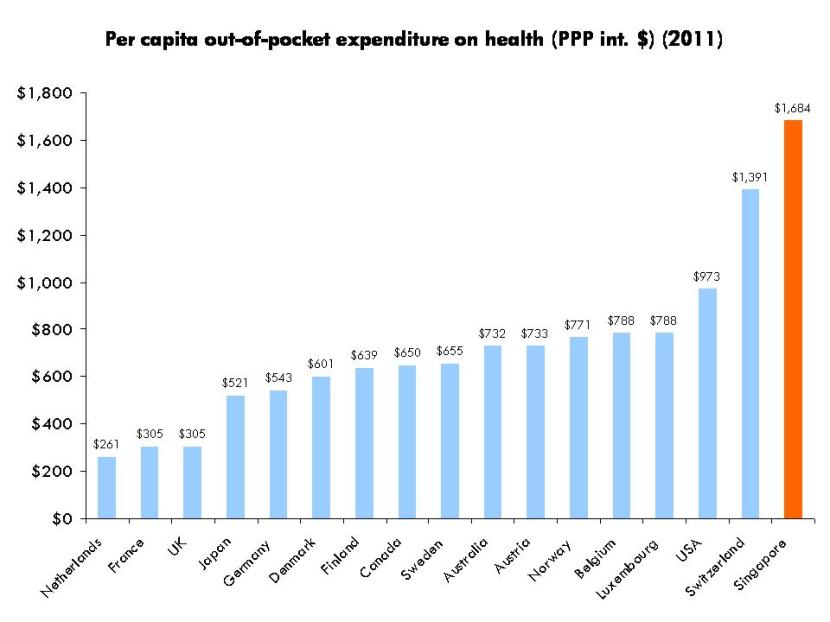 Already, the burden on Singaporeans to pay for our own healthcare is very heavy. There has been instances where because patients were not able to pay their medical bills, they had to sell their homes to pay for the bills, only to lose their homes and end up in welfare homes and shelters. Similarly, many Singaporeans have had to postpone seeking medical treatment because they couldn’t afford medical care, only to end up having their health condition worsen and developing chronic illnesses, which created an even heavier burden on their incomes.

In order to be able to pay for their medical bills, Singaporeans would need to purchase private medical insurance, in order to be more adequately covered. Indeed, the Ministry of Health had also said that, “many middle and higher income Singaporeans have also supplemented their basic coverage with integrated private insurance policies (“Integrated Shield plans”) for treatment in the private sector.” However, because private insurance is very expensive, especially as one ages, only “60 per cent of residents here (who are able to afford to do so) have opted for this higher coverage“.

What this means is that 40% of Singaporeans do not thus have adequate financial protection for health in Singapore.

According to the World Health Organisation, out-of-pocket expenditure which is more than 50% – Singapore is at 69% – will create a health system that is “extremely inequitable” and where there is a “high prevalence of poverty due to catastrophic health expenditure”.

(2) Singapore Is Not Training Enough Doctors For Our Healthcare System 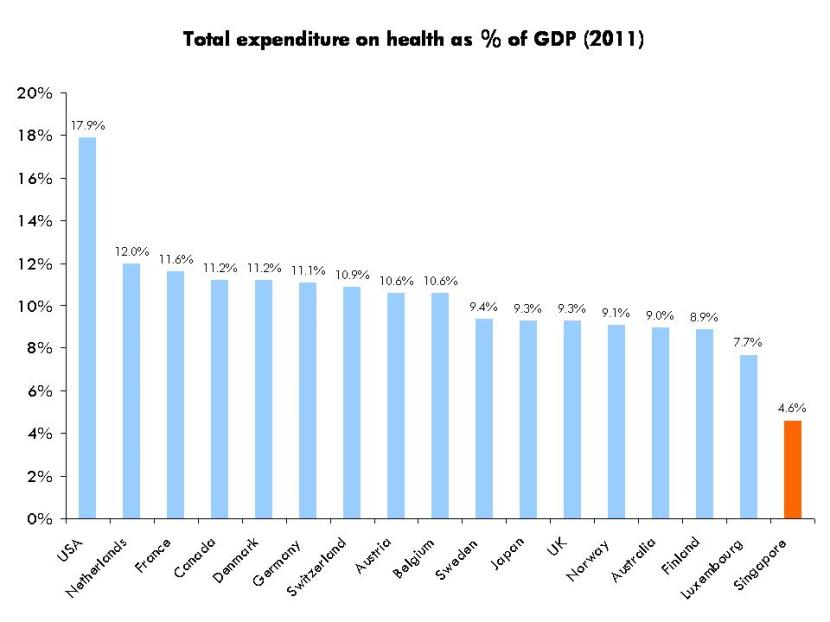 Thus it is sufficiently clear that the reason why there are a shortage of doctors in Singapore is because of the low enrollment of medical students into our universities. The question to ask is, why has the PAP government severely under-projected the number of doctors and medical students sorely needed in Singapore’s healthcare system?

Already, we are hearing of stories where because there are not enough doctors and healthcare facilities, that there have been cases where people would have to wait for months before they are able to make an appointment, or to wait at the Accident & Emergency department for many hours before they are attended to. There have also been cases where patients have died and where their families have attributed it to the lack of care at the hospitals. Or when doctors have been so busy that the care was forced to be slipshod, such that patients had been wrongly diagnosed, or that not enough care was given and patients had to returned to the hospital.

But this is only the tip of the iceberg. There have been many cases where people have to sell their homes to pay for healthcare. There have also been many unreported cases where patients choose to postpone care because they are too poor to seek medical assistance, and end up developing chronic illnesses, which require even more expensive care and treatment.

But why does all this have to happen?

Because the PAP government spends the lowest on health, as compared to the other high-income countries.

(3) Singaporeans, The Truth About Our Healthcare Financing, Retirement Funds and Money All Revealed! (Part 1) 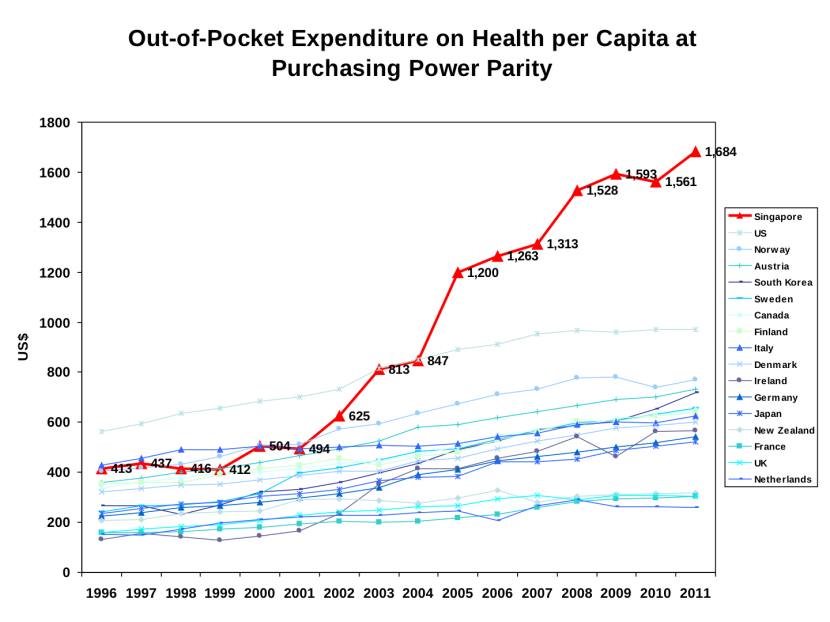 We are one of the richest countries in the world. Yet, our government spends the least on its people and even though on paper, we have one of the lowest per capita expenditure on healthcare, we are forced to fork out, out of our pockets, the highest amount among the other countries to pay for our own healthcare bills. So, even though initially, it looks like healthcare is affordable in Singapore (before we breakdown the bills), is it really?

Amidst all these, where is the government? It has conveniently thrown our market open to attract more tourists to earn from them – ‘Your Singapore(ans)’ are so “shiok” to take advantage of, and whilst they keep the money earned, very little comes back to us.

Why are we made to shoulder the burden, while the government cuts its support for Singaporeans, at the expense of rich tourists?

(4) Singaporeans, The Truth About Our Healthcare Financing, Retirement Funds and Money All Revealed! (Part 2) 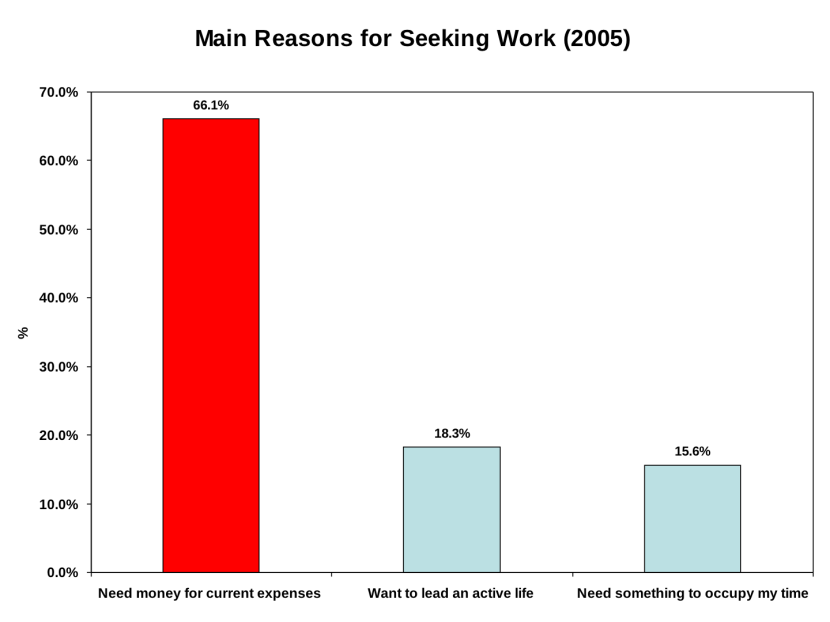 Can our elderly afford to see the doctor? You saw in the charts above that if you need to see the doctor, you have to fork out a lot of money – more than our peers in the other developed countries. And if you were to see a doctor at any clinic, you hardly receive any support.

Do you think our elderly can afford to see the doctor? When we hear of stories of how many elderly choose to fall sick and not see a doctor, until they absolutely have to, is there much truth to it? I think there is.

Our per capita expenditure may be low, but is it because many of our poor and elderly are not accessing care because they cannot afford to and have chosen not to seek care and treatment? Unfortunately, I do not have the statistics.

To give you more information, do you know that among our elderly, many of them work in jobs that we would classify as “blue-collar” jobs? Is this how we treat our elderly?

(5) Falling Sick, And Knowing Where Our Money For Health Is Going To

As I laid in bed, these thoughts ran through my mind. Now that I am unemployed, I’m placed in a situation that has allowed me to look at things from another perspective.

Whether or not to see a doctor is no longer such a straightforward decision as to just walk down to the clinic or take a taxi to the hospital. All these cost money. And if you are not paid adequately in wages, and healthcare is not adequately subsidised, then all these decisions have to be very carefully and tediously considered.

I can’t help to ask – is this something that should happen in Singapore, when we are today one of the richest countries in the world, and have the highest concentration of millionaires in Singapore? We might be proud that we are a rich country but where the poverty is estimated to be as high as 26% in Singapore, this seems almost inhumane.

Today, the Singapore government subsidises only about 30% of total health expenditure. Other countries of similar wealth spend about 85%, so their citizens are adequately covered. Also, companies in Singapore are made to shoulder a heavy burden of the medical costs through purchasing health insurance for their employees. But for low-wage workers, such insurance doesn’t always happen. And thus low-income Singaporeans have to bite the bullet instead of go to a doctor and have to stay in bad health.

But, is this necessary?

Low wages, low health subsidies, health insurance schemes such as Medisave and MediShield that provide little protection – these all add up together to prevent a segment of Singaporeans from being able to adequately take care of themselves, no matter how hard they try. Self-reliance then becomes a broken concept, when one doesn’t even have enough to rely on for oneself.