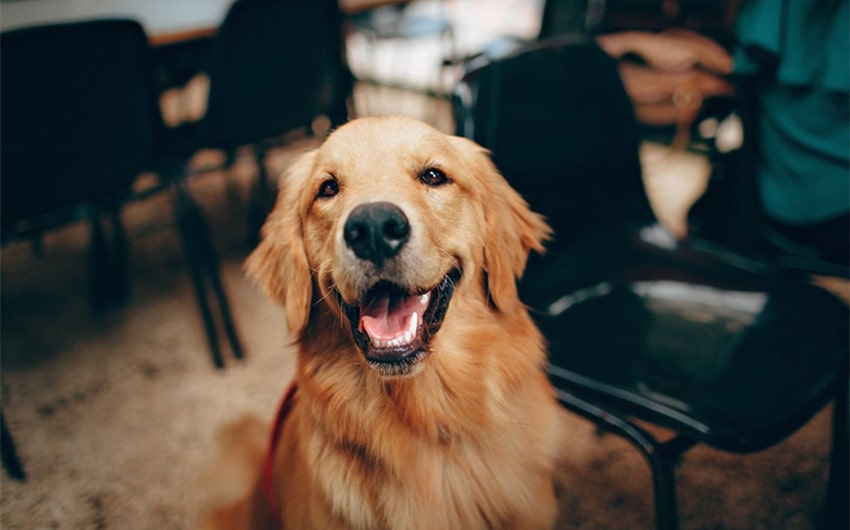 Many of us see dogs as the best, most lovable pet you can have. However, did you know that your furry friend doesn’t see you the same way? This isn’t to say that your dog doesn’t love you. It simply means that their eyes don’t function the way ours do.

Canines have an incredibly complex visual system that significantly differs from human one. A lot of people wrongly assume this means they see it in black and white. However, the truth of how dogs see the world is a lot more complicated — and more colorful — than that. 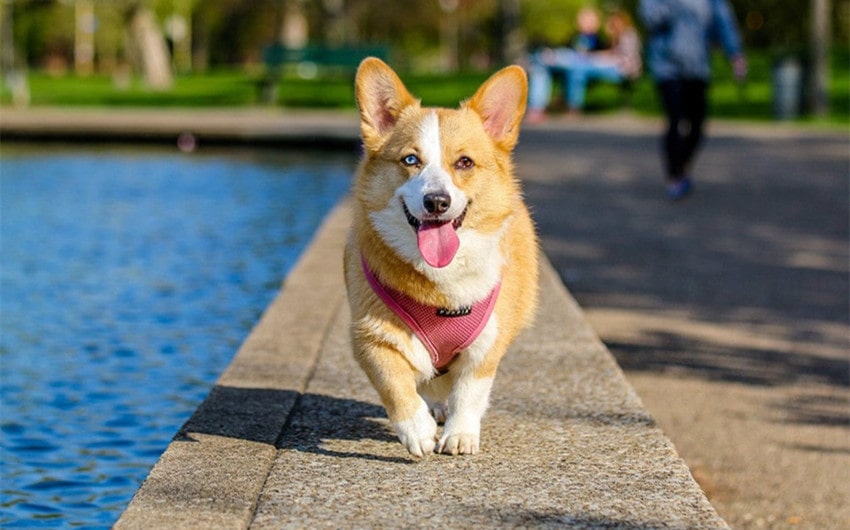 If you’ve ever wondered: “how do dogs see the world?”, then you’ve likely heard that they see everything in black and white. That isn’t true. Dogs can indeed see color, just not the same number of colors as humans. This is mainly due to the differences in our eye structure, more specifically, the retina. 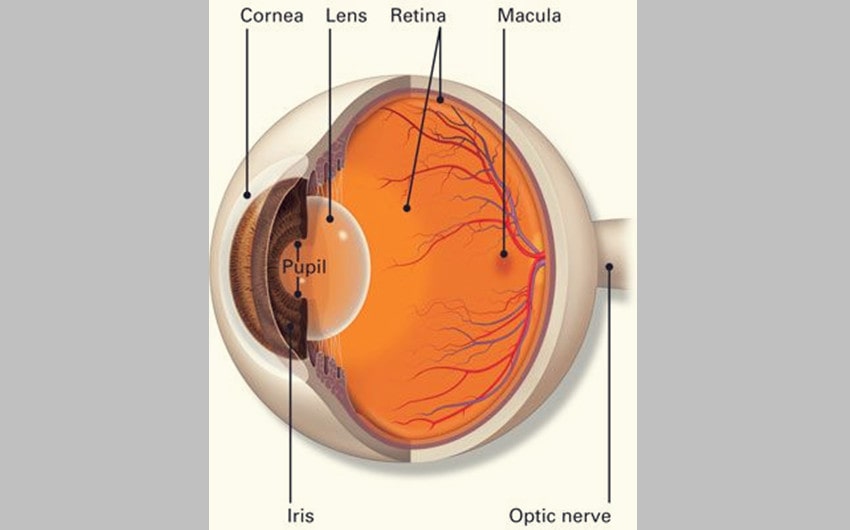 The retina is the part of the eye that enables vision. It’s a thin film of tissue located at the back of the eye that filters light and converts it into neural signals. After receiving these signals, your brain then processes them as visual information. The light filtering aspect of the retina is the crucial part here since it’s what gives dogs and humans the ability to see color.

The retina actually contains two types of cells that are sensitive to light — rods and cones. Rods are responsible for vision at low light, as well as motion detection. In contrast, cones operate at higher light levels, distinguish colors, and allow us to see objects in detail.

Depending on what they use their vision for, animals will have a higher concentration of one kind of light-sensitive cell. For example, since dogs are predators, they have rod-dominated retinas. That means they can see in the dark and are much better at detecting motion.

However, their eyes have only a fraction of the cones humans do. This means that they’re only able to pick up on a limited number of colors. So, far from their world being monochrome, dogs seem to share the same characteristics as color-blind people.

What Colors Can Dogs See? 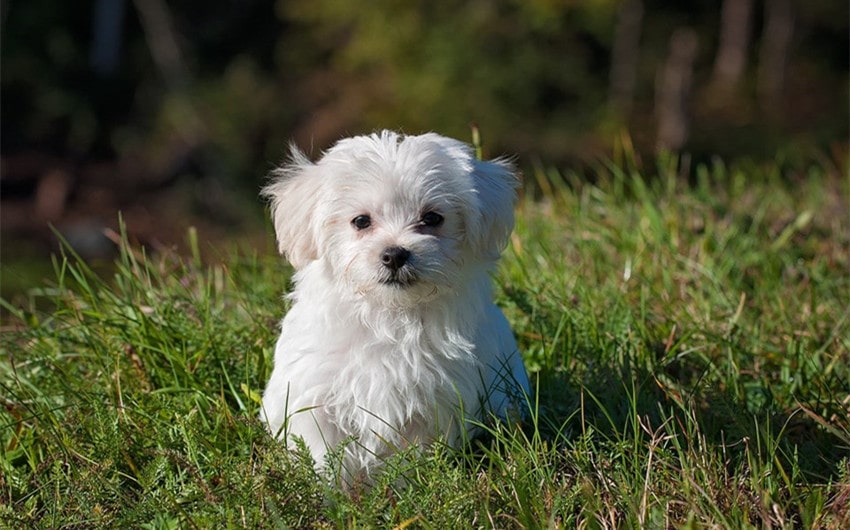 Now, you may ask: if they don’t see things in black and white, how do dogs see the world? The answer is in two colors. Because dog evolution tended to favor more rods, dogs only ended up having two types of cones. That means dogs have something called dichromatic vision. 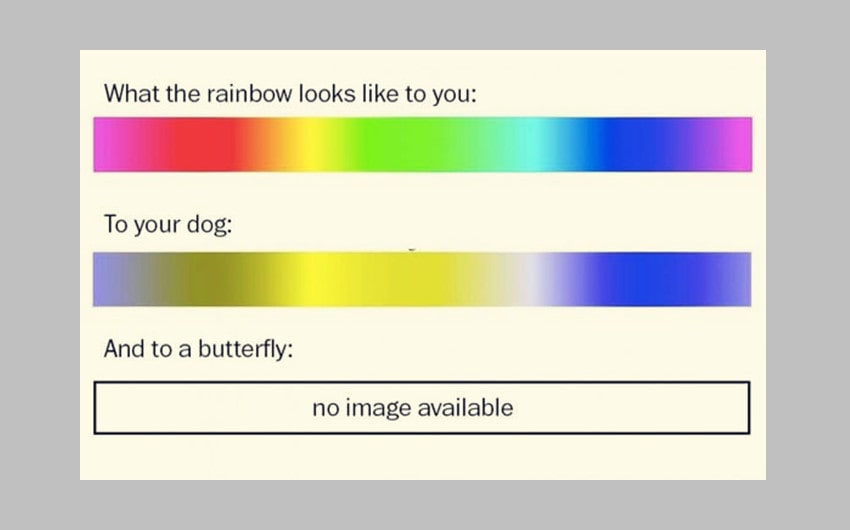 Dichromatic vision means that an animal can pick up only two color variants. In the case of dogs, these would be blue-violet and yellow. While they can differentiate between shades of grey, they can’t recognize green, yellow, orange, and red the way we can.

While this inability may seem like a disadvantage, it’s actually a result of beneficial mutations. Scientists believe that humans likely developed color vision as a means of identifying danger. In nature, brightly colored animals are usually very poisonous, so humans acquired trichromatic vision to avoid them. You might think dogs would benefit from recognizing the colorful dangers of poison frogs or snakes.

But the truth is, evolution tends to favor traits that will help an animal fill a particular ecological niche better. Since dogs are predators, it’s far more important for them to be able to perceive movement rather than color. In fact, some research suggests that dichromatic vision actually helps dogs detect hidden prey faster, even when it’s camouflaged.

Sadly, this means that man’s best friend is limited to just two colors. However, our beloved four-legged companions have other, uniquely developed senses that help them make up for their poor color range. 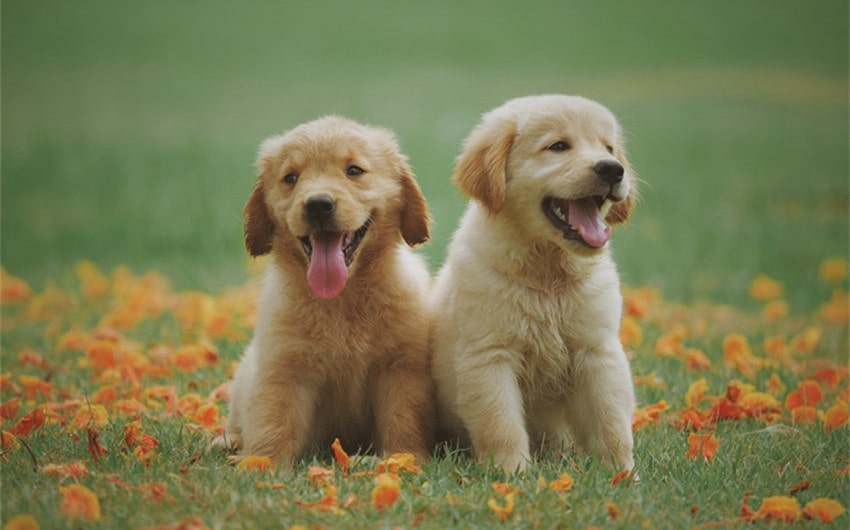 1. An Increased Field of Vision

Rather than relying solely on color to distinguish details in their surroundings, dogs use other cues like texture, brightness, and field of vision to move around. As a predator species, dogs have front-facing eyes. Their eyes are usually set at a 20-degree angle, which allows greater peripheral vision.

This adaptation enables dogs to have a much better field of view than humans. It also lets dogs catch movement at great distances. Their motion-detecting abilities are why they’re so good at interpreting human behavior. Dogs recognize the subtle changes in our body language and can often decode our emotions based on that.

Many speculate that this trait is exactly what helped dogs develop high social intelligence. New research shows that dogs can recognize complex social gestures like pointing. Moreover, they’re capable of maintaining 6 seconds of eye contact with humans, a rare trait in mammals.

Eye contact is vital in the formation of complex social bonds and can explain why dogs and humans were able to connect on such a deep level.

2. A Superpowered Sense of Smell

You may have heard that dogs have an excellent sense of smell. But you probably didn’t know just how good it really is. Researchers at Florida State University concluded that dogs’ olfactory senses are so developed that they can sense odors in parts per trillion. What does this mean exactly?

Well, to put things into perspective, the average human can smell that someone put a pinch of cinnamon in their small cup of coffee.

In contrast, a dog would be able to detect that pinch of cinnamon in an Olympic-sized swimming pool worth of coffee. Their noses are so sensitive that if you presented them with two million barrels of apples and put just one rotten fruit with the healthy bunch, they’d be able to dig up that rotten apple in no time.

If you also take into account that the part of their brains that processes smell is about 40 times more developed than ours, then you can easily see why a dog’s sense of smell is practically a real-life superpower.

Our canine companions certainly use it as a superpower. Dogs play an integral role in detective work, with police using sniffer dogs to unearth hidden clues or even bodies. Moreover, some dog breeds can smell changes in blood sugar levels in diabetics, while others purportedly have the ability to smell seizures.

While we need more research to confirm this, there is no doubt that we can benefit from a dog’s unique perspective on the world. 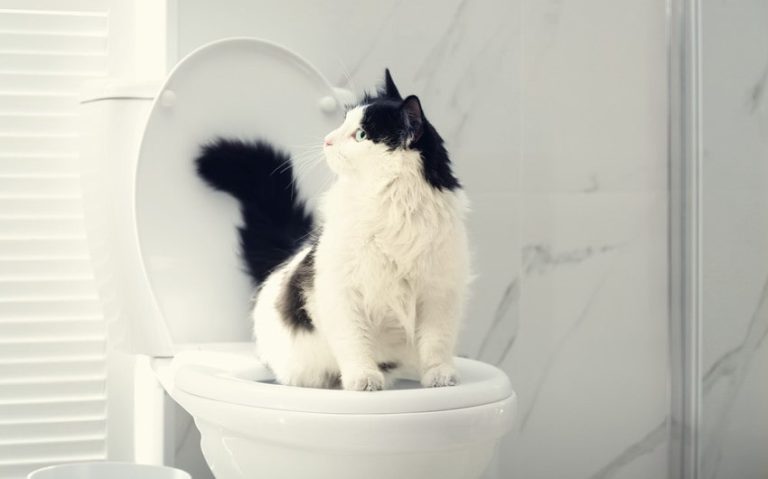 Do you happen to remember Jynx, Robert De Niro’s tomcat in Meet the Parents? It’s been more than twenty years since the movie aired, but this toilet-trained cat might still be cracking you up — although he “can’t lift the seat” because he “lacks the strength and the opposable thumbs”. Back in the 2000s, you… 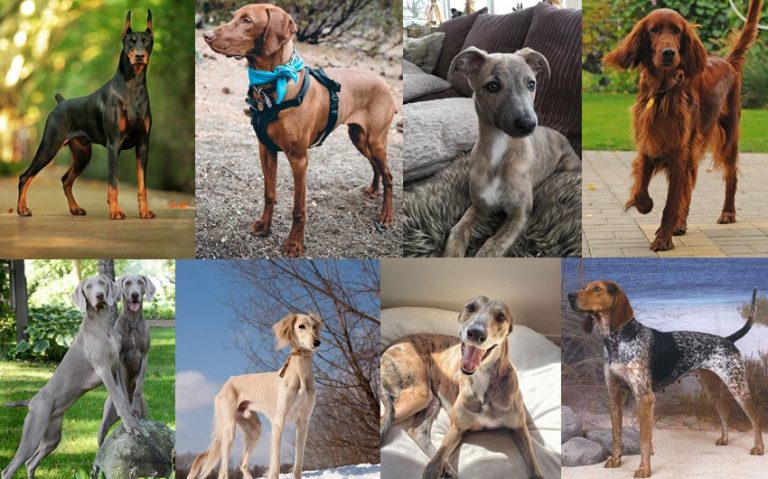