How much tax are Singaporeans really paying?

We have finally come to the question that we’ve started off asking with, for this series of articles.

Let’s take a look at the situation for low-income earners first.

As mentioned in part 3 of this article, “According to the Inland Revenue Authority of Singapore, for the lowest-income earners in Singapore, the tax rate is 0%. For the highest-income earner, they would need to pay an overall tax of 20%.

For the contribution rates to the Central Provident Fund (CPF), for a low-income earner who earns $800, he/she would need to pay a total contribution of 36%. However, do you know that because the “ordinary wage ceiling is $5,000”, this means that for a person who earns above $5,000, they would only need to contribute 20% of the maximum level of $5,000 into CPF. Thus for very high-income earners, they would pay virtually nothing more beyond the $5,000 to CPF.”

As such, for the low-income earners, they would have to part with 36% of their wages.

As we had also written previously, “to the extent the Government earns a higher rate of return on the CPF funds than what it pays to members; there is an implicit tax on CPF wealth”. This means that for Singaporeans, the lowest interest rates that we obtain on our CPF is 2.5%. However, Temasek Holdings, which our CPF has over the years been directly or indirectly been invested in, earns an annualised return of 16% for the last 39 years, since its inception. GIC earns about 6% in US$ terms over the last 20 years or so. Assuming 1% of the interest (assuming a combined average return of say 7%) goes to the administrative costs of managing our CPF, the 3.5% that isn’t returned to Singaporeans may arguably, be considered “implicit tax”. So, this would mean another 3.5% tax that Singaporeans have to part with.

Also, when compared to the other countries, Singapore’s wage share of total GDP is only 42.5%, as compared to the average of about 57.5% among the other high-income countries. As such, there about 15% in the wage share that isn’t being returned to Singaporeans. The median wage of Singaporeans is $3,480, including employer CPF. If Singaporeans are only earning a wage share of 42.5%, and should be earning 57.5%, this would mean that we should be earning $4,708. The lost wages of $1,228 that we are not earning, or 35.3% of our current median wage, represents a 35.3% of our wages lost.

(A4) Out-of-Pocket Expenditure of 33% as Additional Tax, from Nordic Perspective

Finally, for the $29.7 billion out-of-pocket expenditure that Singaporeans have to pay by ourselves for healthcare, education and retirement, which the citizens in the other countries pay into personal income tax, from a cash-flow perspective, this would be considered “tax” in the Nordic countries. The $29.7 billion is 91.6% of the total personal income tax and CPF amount. As a proportion of the 36% of CPF that low-income Singaporeans pay, the out-of-pocket expenditure would look like an additional 33% “tax”.

As we had illustrated in part 1 of the article, indeed, low-wage Singaporeans would fall into debt because of their depressed wages and low purchasing power. In most likelihood, they would fall into debt and would never be able to retire. Indeed, it is a no wonder, since they are losing 315.8% of their wages.

Low-wage Singaporeans are potentially losing 315.5% of their wages. As we had illustrated in part 1 of the article, indeed, low-wage Singaporeans would fall into debt because of their depressed wages and low purchasing power. In most likelihood, they would fall into debt and would never be able to retire. Indeed, it is a no wonder, since they are losing 315.5% of their wages.

(B) High-Wage Singaporeans Have a Total Loss of 47.1% on Their Wages

What about for high-income Singaporeans?

They would pay relatively less in percentage terms into CPF, and 20% personal income tax, which also means that they may not be as much affected, on a relative basis, by the implicit tax of 3.5%. Generally, they would be affected by the lost wage share of 35.3%. They would similarly be affected by the $29.7 billion “additional tax” of the out-of-pocket expenditure, which on their 20% personal income tax, would be an additional 18.3% “tax”. This would result in a wage loss of 58.9%. However, the richest 20% in Singapore has a 49% share of income – the highest among the high-income countries and about one-fifth (20%) higher than the average of other high-income countries. Thus after accounting for this, this would mean that their wage loss of 58.9% would be reduced to about 47.1%.

When you compare it with the Nordic countries, of the low-income workers, the Danes would pay 0% in personal income tax and social security, the Finns 22.4% and the Swedes 30%. This is in comparison to the wage loss of 315.5% among low-income Singaporeans (Chart 1).

For the high-income earners, the Danes would pay 51.7% in personal income tax and social security, the Finns, 60.6% and the Swedes 55%. Comparatively, high-income Singaporeans would lose a lower 47.1% of their wages (Chart 2). 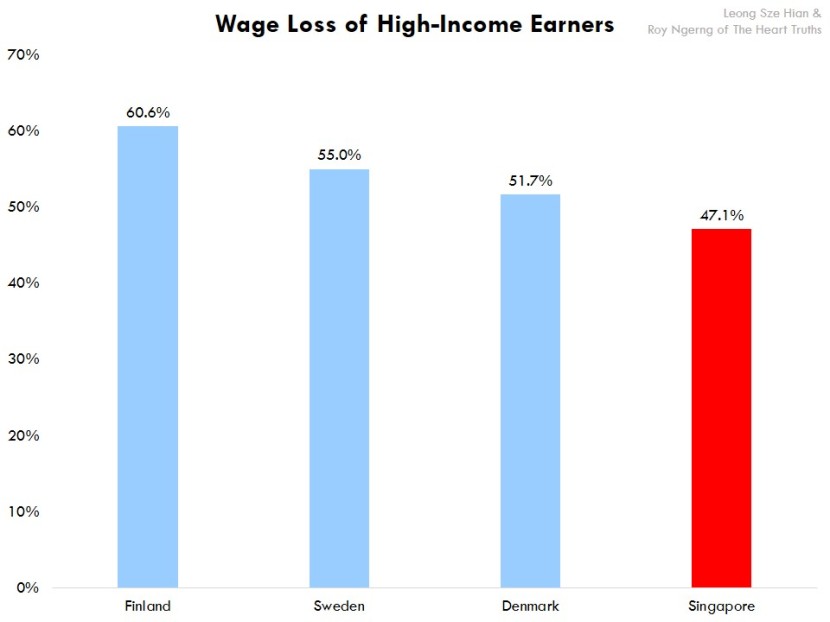 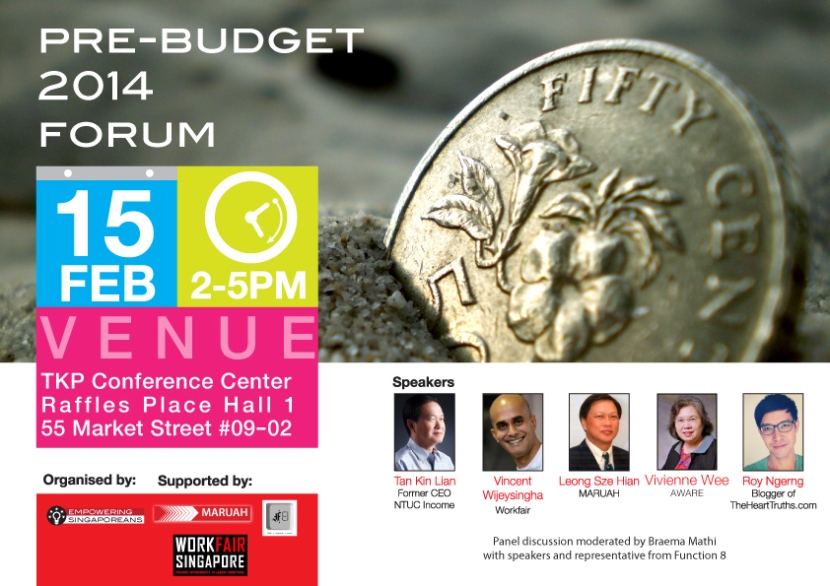