This is how the job market in Singapore has become unfair for Singaporeans: 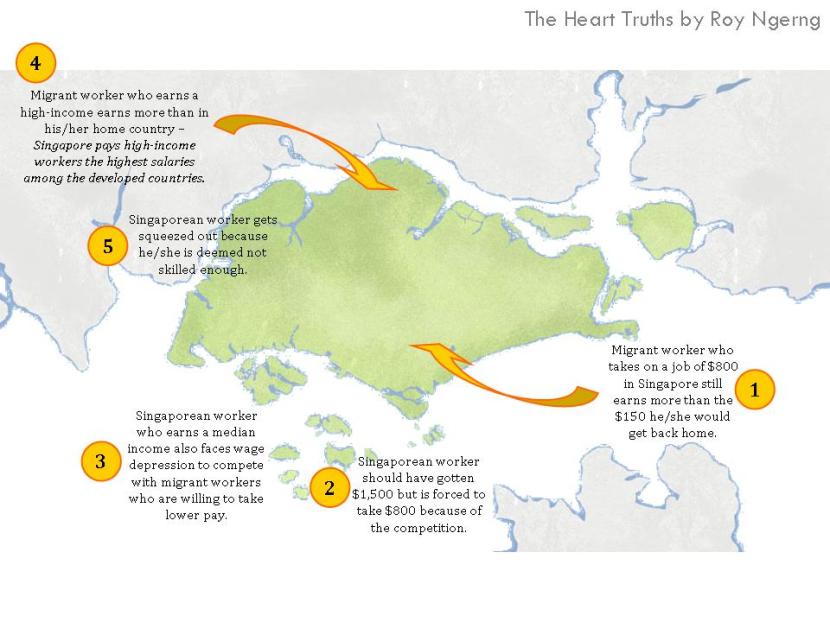 These are the problems the government has thus created: 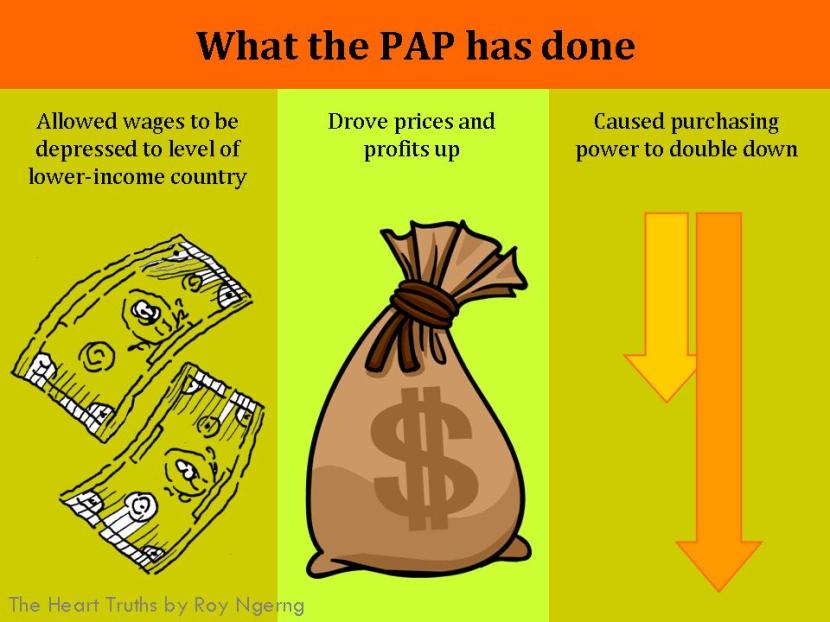 The rationale for being against an overly-open border policy for labour is thus this: 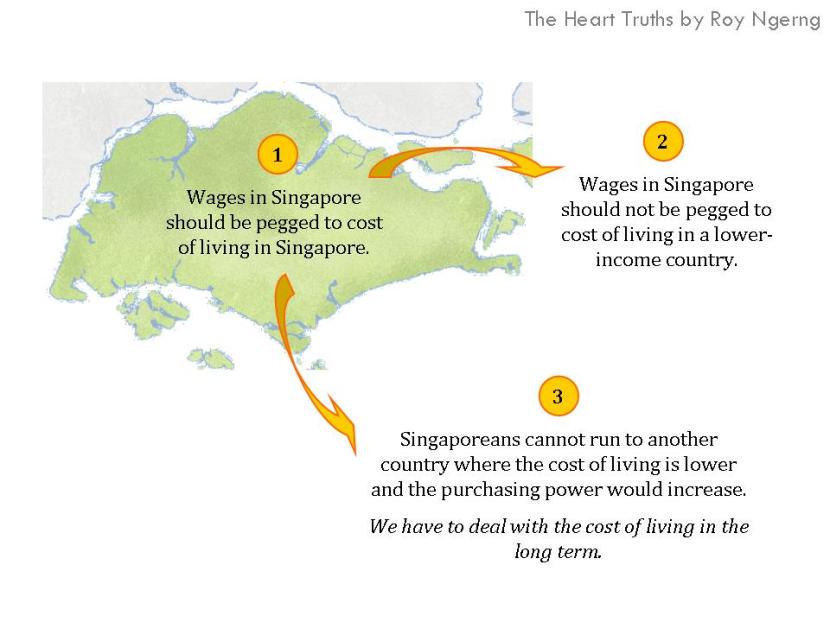 This what thus needs to be done in Singapore: 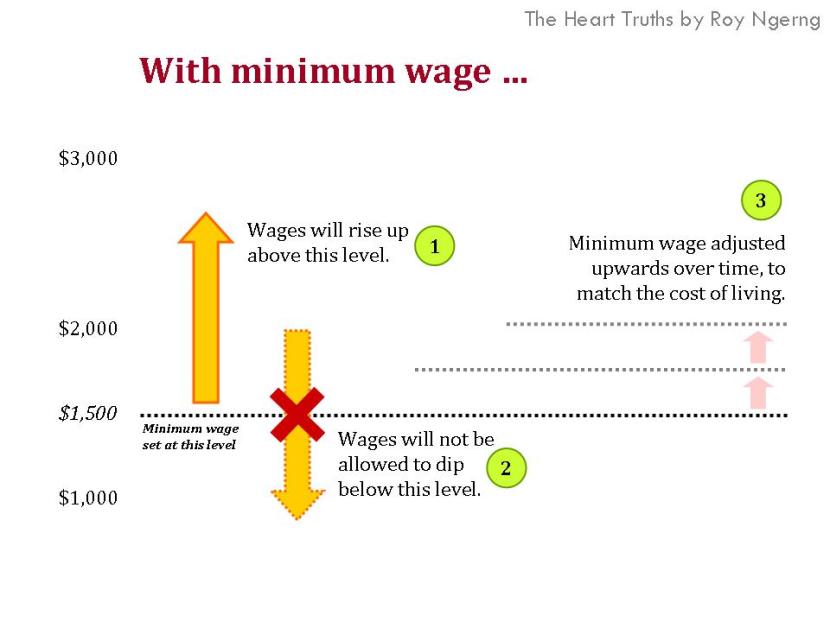 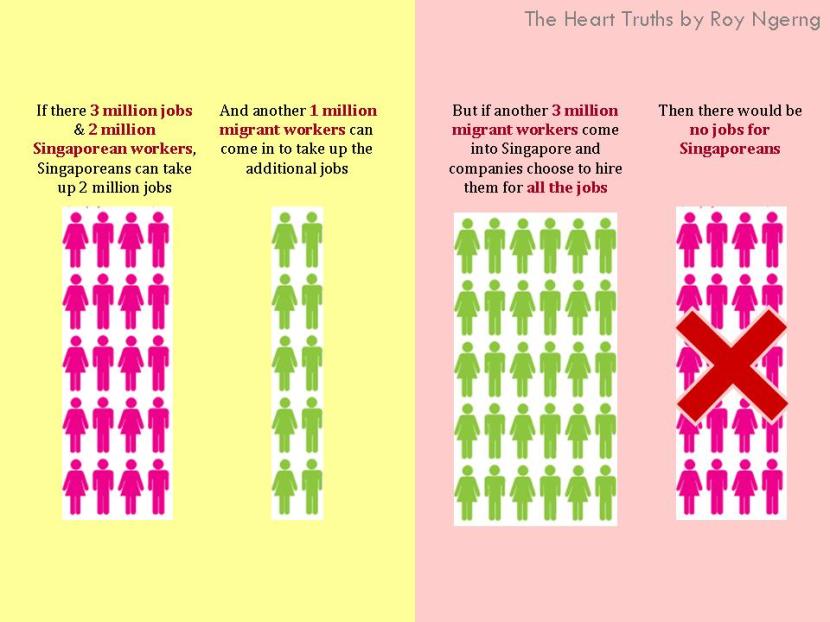 As such, a government has to do two things. 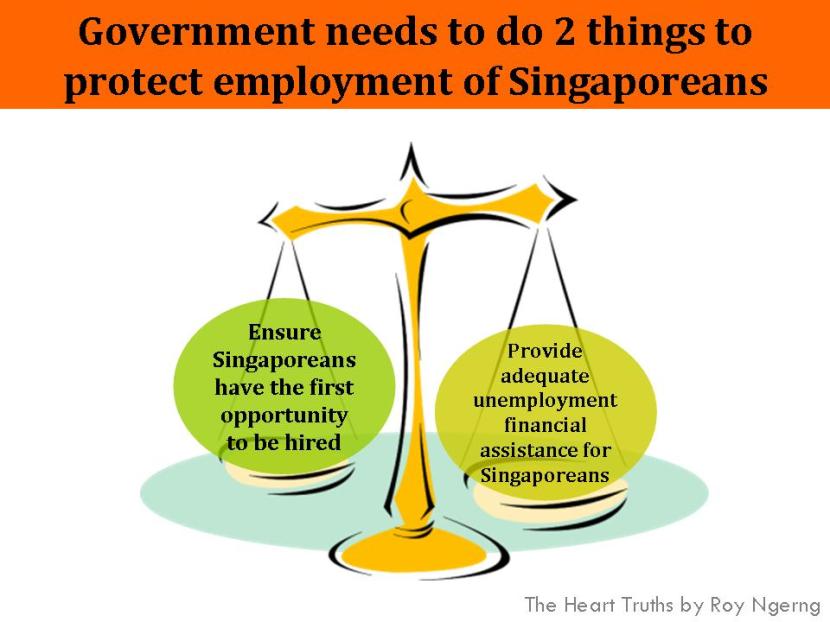 To sum it up, this is what a government in Singapore needs to do: 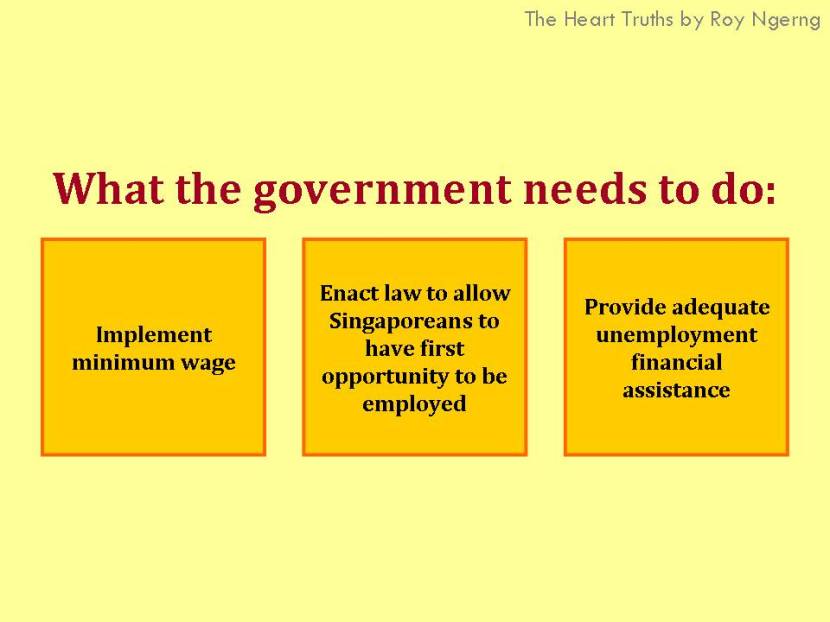 When you understand logically the issue of wages and employment in Singapore, you will understand what the current problem is that Singaporeans face: 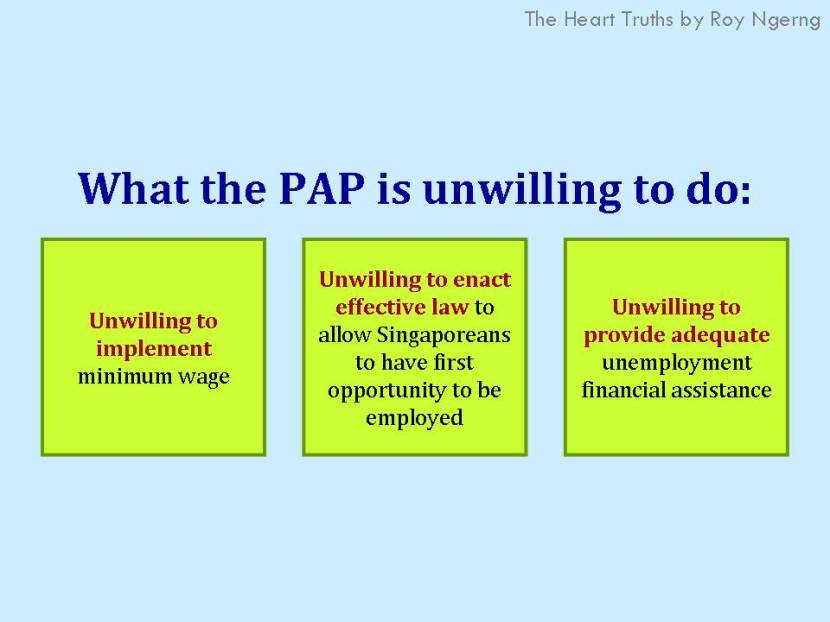 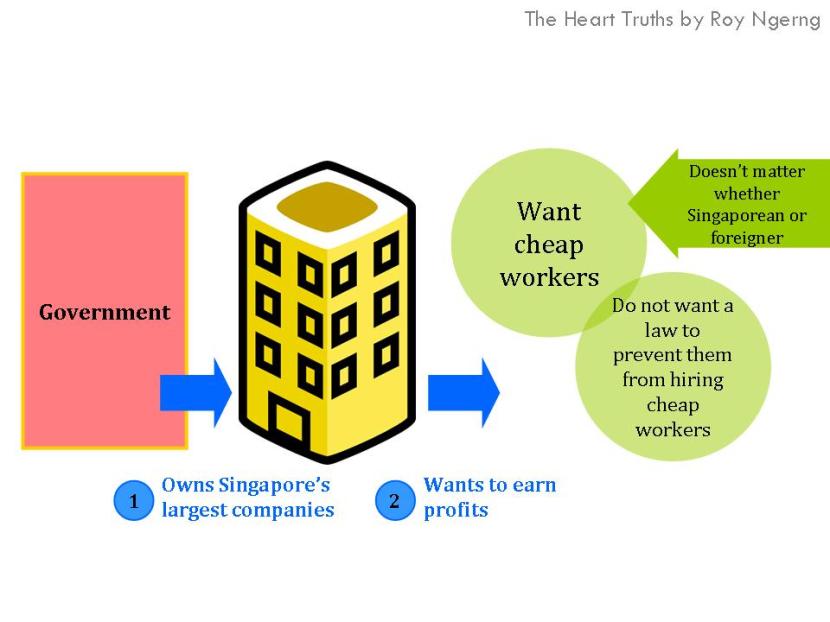 What does this have to do with the government then? 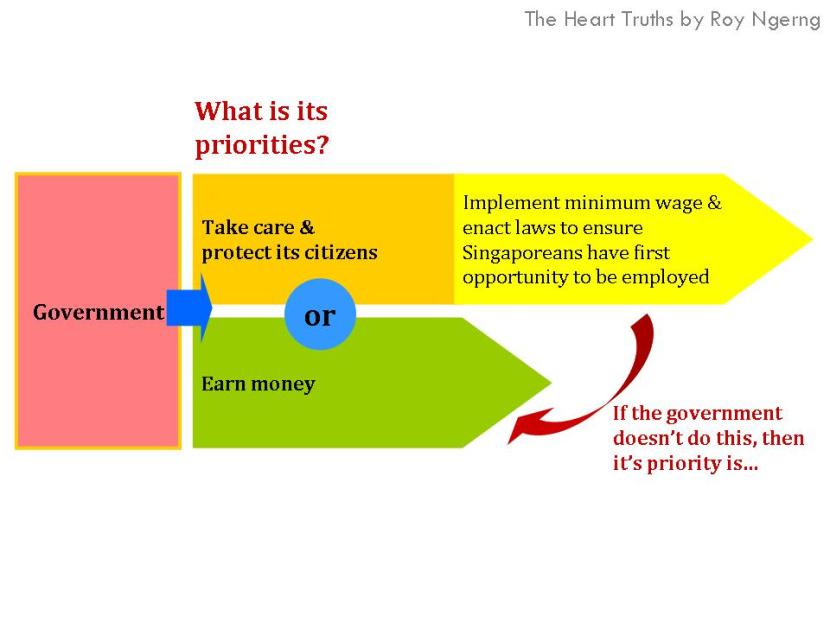 If the government’s priority is to make money, then the question you have to ask is – who is the government making money for? For its citizens or for itself? 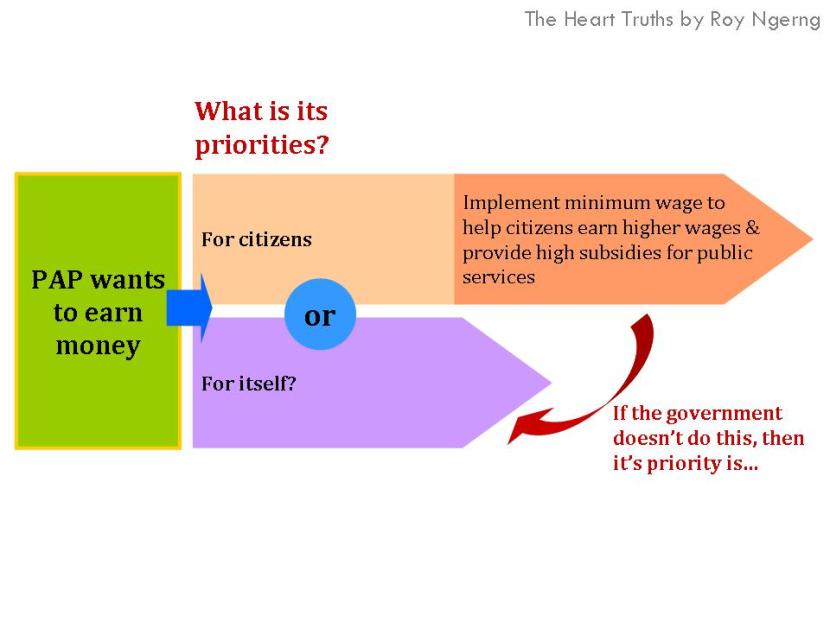 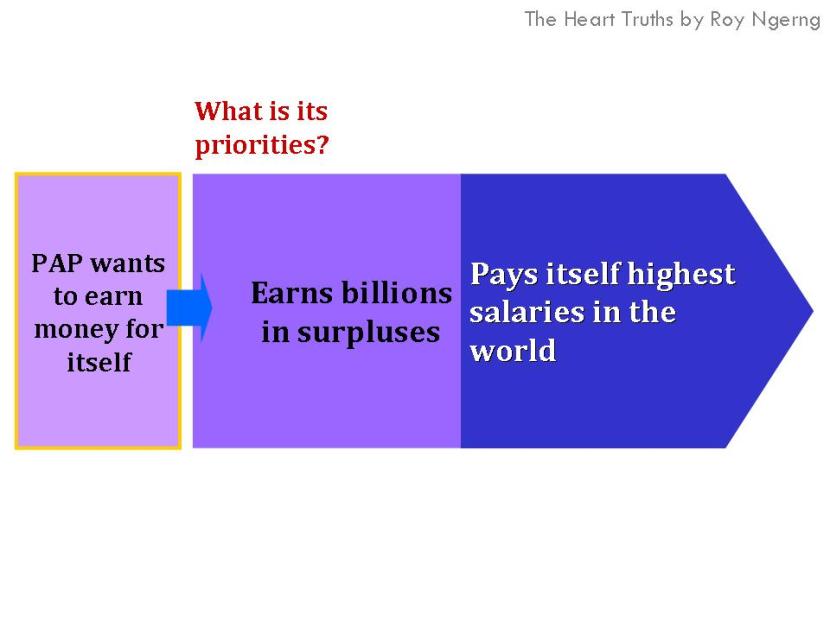 Now, back to our question – a government should implement minimum wage, allow Singaporeans to have the first opportunity to be hired and provide unemployment assistance. 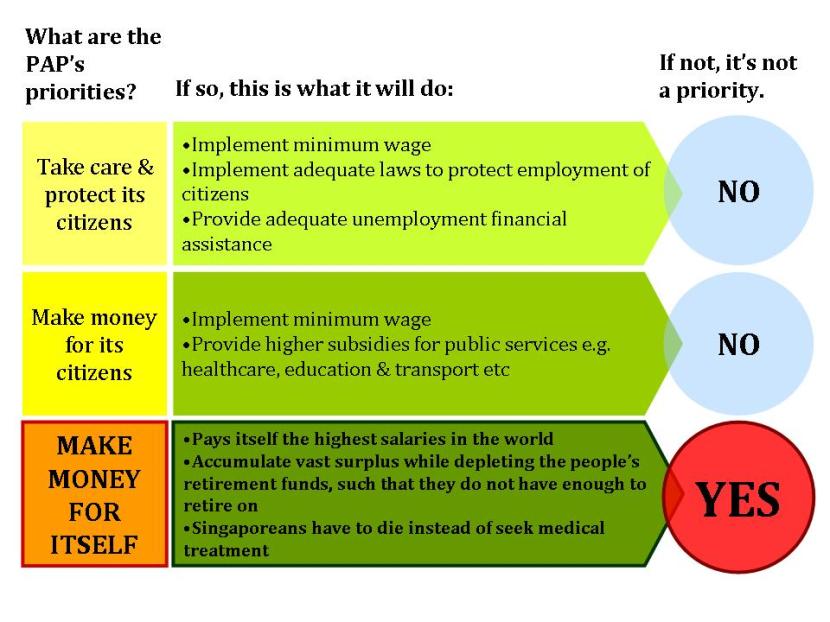 As such, the problem of low wages and unemployment among Singaporeans will not be resolved under the PAP. Doing more for Singaporeans naturally contradicts with the PAP’s aim of wanting to earn more money for themselves. 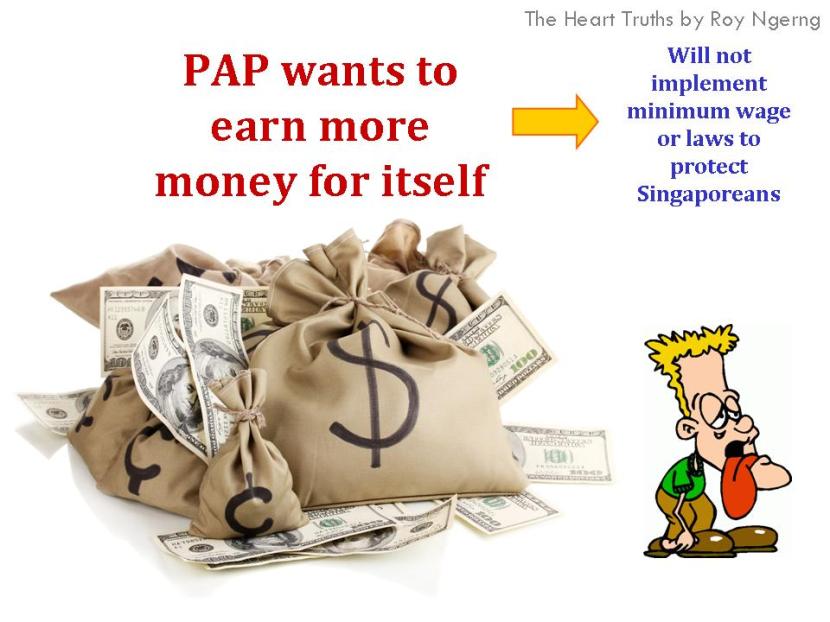 The only way that Singaporeans will be able to earn higher wages and have the first opportunity to be hired is when the PAP is no longer the government. Only when the government changes will we be able to see a change in priorities that would be more aligned to Singaporeans. At this point, the PAP’s profit-orientation for itself and people aligned to it will only necessarily mean that Singaporeans have to earn lower wages and that no effective laws would be enacted to prevent them from hiring cheaper foreign workers.

And this means that we need a government which would implement a minimum wage of at least $1,500 which will grow to at least $2,000 in subsequent years, implement a law to allow Singaporeans to have the first opportunity to be hired and provide higher employment assistance of at least $1,000. 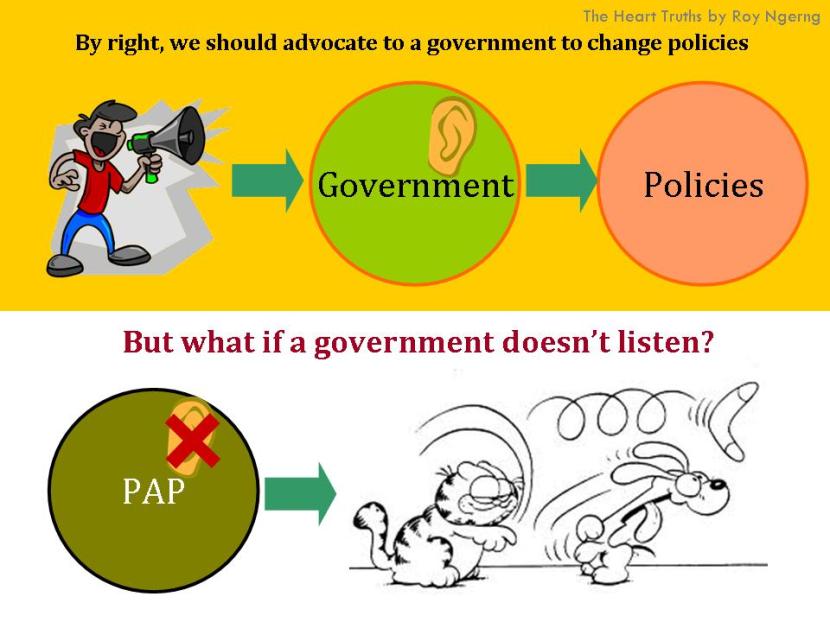 The PAP is disinterested in doing so simply because it is not their core operational motive to take care and protect you. Their core interests is to make money off you, for themselves. And they have hijacked the government to do it. A logical deduction, as we have done here, will show you clearly what the truth is.

Of course, it’s up to you to wake up to this realisation and be willing to accept it. If you are unwilling to accept this truth, you will continue hiding in your shell and keep voting for the PAP until one day, when you have to go for a major operation, when you cannot afford to pay for your house, when your children cannot afford to go to university or when you lose your job and cannot find a job that pays you well enough. Then, by then, you will wake up, as many Singaporeans have, and then you will start cursing at the PAP.

Well, it’s all up to you. You don’t have a lot of time. If at the next election, the PAP wins, they will be able to bring in more migrant workers to tilt the balance for them. They will be able to employ more migrant workers and be able to pay lower wages. If you don’t act at the next election, when you lose your job or earn low wages permanently by then, you will only have yourself to blame – your fear of facing up to the truth is what will cause you to lose what you have. And unless you are thinking of migrating to another country, you should know that there’s only one course of action you can take and that is to vote the PAP out. And if you are already thinking of migrating, you would already be thinking of voting against the PAP anyway.

It’s all up to you know. It’s now or never. It’s your future or never. What will you do? Will you face up to the truth and take action? I’m fighting. Are you?