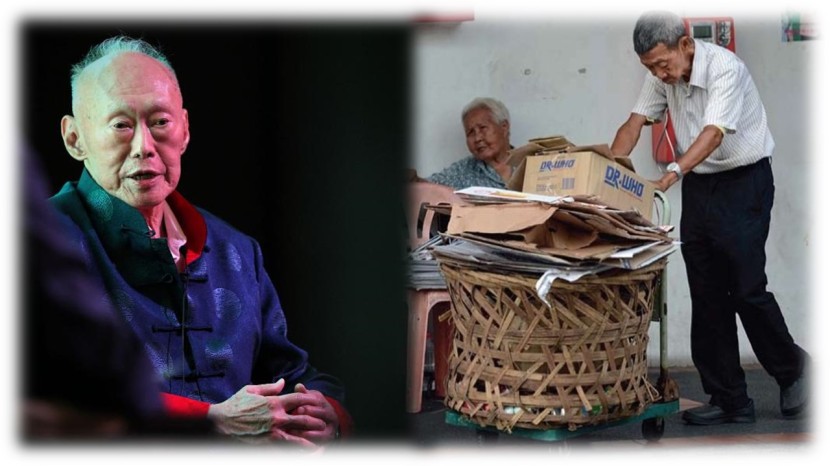 I was asked about my thoughts on Lee Kuan Yew’s “legacy”. This was my response.

Lee Kuan Yew is respected by many Singaporeans, for what he has contributed to Singapore’s growth though I need to add that much of the development of Singapore in the early years has to also be attributed to a team of people, who have unfortunately been forgotten for their contributions. It might be more meaningful to talk of the contributions of them as a group – Goh Keng Swee, Toh Chin Chye, S. Rajaratnam etc – so that we can have a good sense of how Singapore’s success should be seen in perspective.

On the same note, Singapore’s economic development in the first 20 years of independence, from the mid-1960s to mid-1980s was actually on the right track, where wages were increasing, income inequality was decreasing and interest rates on the pension funds were increasing. In short, people’s lives were getting better. In the first 20 years of Singapore, the Singapore Model was working well because there was “balance”, where wages and the living standards were rising in tandem with growth.

However, from the mid-1980s, the new policies became decidedly less favourable towards Singaporeans, where the government reduced health subsidies and where public housing and education prices escalated by even several times over. From the mid-1990s, real wages for the low-income workers started stagnating and for the middle-income, this has been happening for the past 10 years. And some Singaporeans are today beginning to feel that Singapore is seeing a reversal of our fortunes in the last five to 10 years.

Rightfully or not, in the mid-1980s, when Lee Kuan Yew removed the “Old Guard” or first-generation leaders who has helped to build Singapore in the first 20 years and replaced it with the second-generation of leaders who were too eager to please, it caused the system to go out of balance, where we have reached a point today where wages are too low, prices are too high and where Singaporeans cannot save enough to retire, and poverty is estimated to have risen to even 30%.

As such, Lee Kuan Yew had a good team of people in place in the first 20 years of Singapore who worked with him to build Singapore but his team thereafter, from the 1980s, did not perhaps have the foresight and ethical beliefs as the “Old Guard” had, and because of that, the system could not be well-maintained.

Thus if you ask me, Lee Kuan Yew could have a much favourable legacy but his selection of people after the first-generation leaders, as well as their obedience in an effort not to offend him have resulted in a system which became lopsided, as they were too eager to get into his good books. Thus Lee Kuan Yew’s formidability and wrath became a double-edged sword. Some Singaporeans believe that Lee Kuan Yew’s dictatorial leadership in the earlier years of independence was necessary as it helped to fasten Singapore’s development but it is also this fear that has even stuck into the highest levels of governance that has caused an unquestioning principle towards his way of working which has also caused the policies to become skewed. At least the “Old Guards”dared to challenge him and maintain that stability and balance for Singapore.

I would say that Lee Kuan Yew’s temperament was a characteristic that moulded Singapore’s initial growth but it was also because of this unforgiving trait that has institutionalised fear into the system which has become an unhealthy impediment for the growth, and more importantly, sustainability of Singapore.

Thus moving forward, what does this mean for Singapore? I think Singapore has to go back to the basics. First, over the last 10 to 20 years (or even 30 years), policies that have been created have moved away from caring for the people. When the People’s Action Party (PAP) removed “equality” from their constitution and replaced it with “self-reliance” in 1982, that was when their policies became more selfish, if I may add. In a way, Lee Kuan Yew was instrumental to this as he was still the Secretary-General of the PAP when the constitution was changed and he was also the prime minister who retired the “Old Guards” in the 1980s and brought in the second-generation leaders who created the imbalanced policies.

What we need to do at this point is to undo some of these policies and their effects and to bring balance back to Singapore. Thus we need to increase wages to bring it parity, so that income inequality and poverty can be reduced. The government also needs to increase health and education subsidies so that all of Singaporeans can be uplifted, and not just the select few in the elites. Also, pension returns need to be returned to the people and transparently managed, so that Singaporeans will be protected for their retirement. In that sense, we have to remove or reduce a lot of the complications that have bogged down our system and which are making the system less efficient. We need to streamline the system and start making it more focused towards the people, and to protect the people.

In short, the government has to stop pursing a business/profit-motive and to start taking care of the people. The PAP over the past 30 years have steered away from the objective of governance – for the protection of the people, and so, either the PAP has to regain a sense of ethical responsibility or Singaporeans have to do what is right to for themselves and to vote in a new government that will take care of and protect them. I think the latter is a more viable alternative, seeing how the PAP has become rigid and entrenched in its ways and is resistant to change.

Singapore cannot continue on the current modus operandi that the PAP has taken for the past 30 years. We either have to go back to where Singapore was in the first 20 years, in terms of the balance that was attained, or to allow a renewal, where Singaporeans are engaged and empowered to make decisions for the country and partake in the country’s growth. The very reason why the first-generation leaders wanted to focus on educating the population was precisely because a more educated populace will be able to help the country grow.

The current development of Singapore is not sustainable if we continue on a model of self-inflicted price escalation and artificially-depressed wages where the growing inequality can tear the social fabric apart. We need to focus on bringing our country back to balance.

As such, is it to follow Lee Kuan Yew’s approach or is it to create a new approach? It really depends on which era and which team you are talking about. Where Lee Kuan Yew had a good team in the first-generation leaders, Singapore was progressing nicely. Where he later transited into a second-generation (and then third-generation) leaders who lack the gumption and who became submissive and less ethical in their approach, it has instead thwarted Singapore’s development path.

So, is it to follow Lee Kuan Yew’s approach or not? I would say it is about putting in a team which has the heart for Singapore and Singaporeans, as well as the other inhabitants on this island, and which have the foresight and belief to start re-investing back in Singaporeans, for our health and education, and retirement for the elderly, so that with the right commitment to the people, we can bring our country back on track. Where a dictatorial leadership might work in the earlier years of consolidation and growth, a more equitable and collaborative governance is needed now where the PAP does not monopolise or hold onto power stridently, but where governance becomes a shared and decentralised responsibility and distilled among the people.

Only with unity and equality, and justice and fairness, can we see Singapore move towards a brighter possibility, and this also requires Singaporeans to let go of the fear that the idea of Lee Kuan Yew has created, and to be willing to restart our engagement with our country.